Palmini entered the Shark Tank with its pasta substitute made from the natural vegetable, heart of palm. It’s gluten and sugar free, high in fiber and only 15 calories per serving.

We interviewed Alfonso Tejada, who launched its parent company OA Foods in 2012 because he knew consumers were looking for alternatives when seeking out healthy food choices. He started by importing quinoa to the US and then expanded to chia. In June of 2017, he added Palmini to the growing line and has sold $100,000 worth of the pasta to date.

As for the future of the Miami-based business, Tejada’s mission is to make his products mainstream staples in the healthy food industry. “Back then nobody knew what quinoa was, so I started importing it,” he explained. “Today nobody knows what Palmini is yet, but I believe it will be even bigger than quinoa.” He is already accomplishing that as the company will launch a partnership with Whole Foods starting in early spring as well as enter into local chains in South Florida such as Sedano’s.

About three years ago I was speaking with a restaurant owner who buys quinoa from us and he was explaining how popular zoodles had become. I then remembered that I had once tried Hearts of Palm noodles and it was absolutely delicious and the closest thing to actual pasta I had ever eaten. So I went to my cousin who has a Hearts of Palm factory, but he told me it was impossible to cut in Hearts of Palm on that shape in an industrial level but after two years we were able to launch Palmini.

An ‘Amazing’ Partnership With Amazon

Amazon has been amazing with me and my business. I honestly couldn’t be more thankful to them because without them I wouldn’t have been able to reach out to so many people. Amazon has really helped my small business grow and I will always be thankful to them. They have also improved their seller service tremendously since I started and I hope to keep working with them for a long time.

We are extremely excited to announce that we will be pitching our @palmini_pasta to the sharks on an all new Shark Tank episode this Sunday 25 @ 10|9c Will the ??? like our Palmini ?? Comment below and let us know if you think we will get a deal or not!

The thing is that the Shark Tank staff was amazing. They were absolutely great and helped me calm down during the whole process. I think that the way they help the contestants makes the difference and that is why they are such a popular show…Go out there and have fun! I tried to have as much fun as possible, even while practicing our pitch. 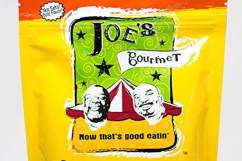 Joe’s Gourmet Fish Fry on ‘Shark Tank’: A Look Inside the Business of Breading 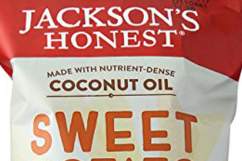