Becca Kufrin is a front-runner on The Bachelor 2018 and she has been vying for the love of racecar driver Arie Luyendyk on the show. But, everyone has a past and each contestant has a life outside the show. It’s when the two overlap that situations become messy. Now, before we get into some major spoilers about Kufrin and the show, this is your spoiler warning. STOP READING NOW if you do not want to know any more details.

Now let’s get into Kufrin’s love life. On tonight’s episode of the show, a surprise visitor turns Luyendyk’s world upside down. ABC’s official plot description reads, “In one of the most dramatic twists in Bachelor history, a mystery visitor arrives ready to upset Arie’s dreams of a happily ever after. A determined man has flown all the way to Peru to win back his ex-girlfriend. A series of intense confrontations follows, casting doubt on which two women Arie will choose and who will be sent home brokenhearted.” According to Reality Steve, the mystery visitor is Kufrin’s ex-boyfriend, Ross Jirgl. Get to know more about what happens with Jirgl on the show, his history with Kufrin and his background below.

1. Arie Luyendyk Is Very Upset That Jirgl Appears on the Show

According to Reality Steve, Jirgl comes on the show hoping to win Kufrin back. In a preview clip of the episode, the man, who has been identified as Jirgl, is heard saying that he doesn’t want to be on camera and that he just wants his girl. Luyendyk is visibly upset by this and worries about how this will affect his future. On the show, Luyendyk exclaims that, “It’s just kind of blowing my mind that he’s here. It’s fucking upsetting. I mean, right now I’m angry. I’m angry that he’s here. And I’ve had my heart ripped open and I don’t know how this is gonna end.”

Luyendyk also told Access Hollywood that, “I don’t know if that’s ever happened … I’m not the fighting type. I’m a lover. You’re just gonna have to watch. It is super intense. That’s what made those last few weeks just insane when I think back on it.”

2. The Ex-Couple Met In College

Kufrin and Jirgl reportedly met in college and they went on to date off and on for seven years. And, according to Panda Gossips, Kufrin said that her ex was important because he helped her figure out what she wanted in a future relationship.

3. He Reportedly Helped Kufrin Deal With Her Father’s Death

If I ever get to Heaven, it’ll look something like this.

According to Bustle, Kufrin’s father was diagnosed with glioblastoma brain cancer and he died when she was 19 years old, in 2010. She continues to miss him today.

On the show, Kufrin admitted to Luyendyk that she was in a relationship with her ex-boyfriend longer than she should have been, partly because he helped her grieve the loss of her dad. Kufrin said that he was really there for her and helped her deal with the tragedy.

4. Kufrin Is Proposed to By Jirgl

No matter where I am, I never forget my roots. Repping WI on the West Coast. I take the people and place that raised me wherever I go. #WI #roots

Jirgl actually proposes to Kufrin, but she is caught completely off-guard and, unfortunately for Jirgl, Kufrin rejects his marriage proposal. Kufrin tells him that too much has happened between the two of them that was unhealthy and she never wants to go back to that kind of relationship. Kufrin later accepts a proposal from Luyendyk. But, Kufrin’s happiness doesn’t last for long, as Luyendyk reportedly has second thoughts. Reality Steve reported that he realized he wanted to be with runner-up Lauren Burnham, so he broke things of with Kufrin. Burnham and Luyendyk are allegedly dating today.

When Jirgl sits down with Luyendyk, he says that it’s his proposal to give Kufrin, calling her the love of his life. He said that she’s all he thinks about and that she is the women of his dreams. He reveals to Luyendyk that they broke up about a year ago and Luyendyk’s response is that he and Kufrin have exchanged “I love you’s.”

Let the light inside of you always be brighter than the light shining on you. #stanfordfootball ? ??

According to Jirgl’s Instagram account and Panda Gossips, he played football at Minnesota State University between 2008 and 2012. He has also had some gigs working as a strength and conditioning coach. Currently, Jirgl has a job as the sports performance coach at Stanford University in California. 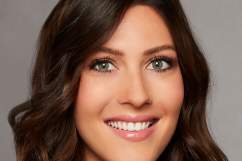