Tonight is the premiere of season 36 of Survivor and the new season is titled “Ghost Island.” Get to know who the cast members are, location info, what channel to watch and more below.

TV CHANNEL: The show airs on the CBS network. Check with your local TV provider (Verizon FIOS, Optimum, etc.) for the exact channel number. You can also click here to check out all CBS affiliate stations in various locations.

HOST: Longtime host Jeff Probst returns once again. Recently, Probst talked to GQ about his hosting gig and he was asked if it’s difficult for him to keep the winner each season a secret. Probst said that actually, “It’s not hard. I’ve learned how to really compartmentalize. But the secret advantage I have is that even if I did accidentally tell somebody the winner, I would just simply follow it up with: “Or am I just bullshitting you?” You’re never really gonna get yourself in trouble.”

FREE LIVE STREAM: If you’re looking for a free live stream of tonight’s show, you can sign up for the free trial here, stream the show, and then cancel your subscription within 7 days to avoid charges.

LOCATION: The location of the show is definitely Fiji again and, though the show has filmed all over the world, the last four season have all been filmed in Fiji. Host Probst explained to Entertainment Weekly why Fiji is his top choice, stating that, “The real truth of the world is, when we started Survivor 18 years ago, there were lots of places we could go. It’s been two decades. It’s a different world. There are not as many places we can go for lots of reasons — the economy, population, political unrest, weather patterns.”

PREMIERE EPISODE TITLE & OFFICIAL SYNOPSIS: “Can You Reverse the Curse?” – A group of new Survivors attempt to “reverse the curse” of bad past game decisions. Also, one castaway will be the first to visit Ghost Island, and panic sets in at the first tribal council of the season, on the two-hour season premiere.

EPISODE 2 TITLE & OFFICIAL SYNOPSIS: This is technically episode 3 because episode 1 is a double episode. “Only Time Will Tell” – Castaways inhabit a remote destination and attempt to outwit, outlast and outplay each other for a prize of $1 million. 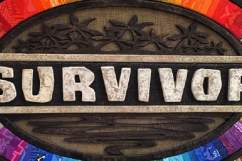 Read More
Reality TV, Survivor, TV
Get all the details on Survivor 2018. Check out what time it airs on TV tonight, as well as the rest of season 36, plus get the channel, cast and other info.