Tonight is the Women Tell-All Special for The Bachelor 2018, with a room full of contestants confronting star Arie Luyendyk Jr. about all the decisions he’s made over the course of the season. Who wouldn’t want to be sitting in a room full of their exes, right? According to Reality Steve, this season’s designated villain, Krystal Nielson, gets hammered by her former co-stars and even Luyendyk puts her in her place. Nielson actually admitted recently to Glamour that she wished Peter Kraus had been the star of The Bachelor this season. Nielson said that, “The audition process is very long, and for 90 percent of it, I thought it was going to be Peter. I found out a week and a half before [it wasn’t]. I gave up my whole life, my career that I love so much thinking it was [going to be] someone else. Of course I felt disappointed, but at the same time I was very intrigued with Arie because I didn’t know anything about him. He seemed like such an eligible guy and down-to-earth. I was like, ‘I’m going to give him a shot.'”

Some of the other contestants get into it on the tell-all episode with each other, but Luyendyk has to answer to a couple women as well. For example, contestant Tia Booth, who made it to the hometown dates, asks Luyendyk why he sent her home on tonight’s episode, according to Entertainment Weekly. 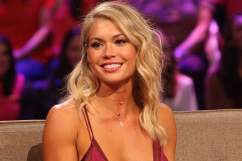 The tell-all episode is two hours long and airs at 8 p.m. ET/PT on the ABC network. If you don’t have cable or can’t get to a TV, you can watch ABC live on your computer, phone or streaming device by signing up for one of the following cable-free, live-TV streaming services:

DirecTV Now: ABC (live in select markets) is included in all four channel packages. You can sign up for a free 7-day trial no matter what bundle you choose, and you can then watch ABC live on your computer via your browser, or on your phone, tablet or streaming device via the DirecTV Now app

Sling TV: ABC (live in select markets) is included in the “Sling Orange” plus “Broadcast Extra” channel packages. You can sign up for a free 7-day trial, and you can then watch ABC live on your computer via your browser, or on your phone, tablet or streaming device via the Sling TV app

Hulu With Live TV: If you want an extensive Netflix-like on-demand streaming library in addition to live TV, Hulu now also offers a bundle of live channels, including ABC (live in select markets). You can sign up for Hulu with Live TV right here, and you can then watch a live stream of ABC on your computer via the Hulu website, or on your phone, tablet or streaming device via the Hulu app.

On tomorrow night’s episode of The Bachelor, the three remaining women will participate in the overnight dates, which usually end in the infamous fantasy suite. The three contestants left on the show are Kendall Long, Becca Kufrin and Lauren Burnham. Only one will end up with Luyendyk, though the finale is reported to be one of the most dramatic in the show’s history. 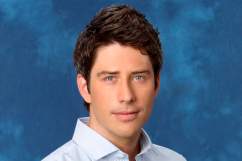 Read More
OTT, Reality TV, The Bachelor, TV
Check out how to watch the 2018 women tell-all episode of The Bachelor online via live stream.