MTV’s new reality show Winter Break: Hunter Mountain premieres tonight at 10:30 p.m. ET/PT on the MTV network. The official description of the new series reads, “Set in the idyllic ski resort of Hunter Mountain, the show documents the lives of eight 20-somethings who ski, snowboard and mingle with other like-minded singles, and it focuses on the impact that their winter together has on their lives.” Episode 1 is titled “The First Night” and the show synopsis a ton of drama just on the premiere. The synopsis states, “Eight snowboarders shack up in a share house at Hunter Mountain for the winter; hot tubs, cold drinks, police pop-ins and hospital visits ensue in the first weekend.” Yikes.

Get to know more about the show, the cast members and some of what to expect in our descriptions below. Plus, see pics of each participant in the show as well.

On episode one of the show, TJ tries to calm down one of his drunken cast-mates, Brewer, but he is unsuccessful since he’s just as drunk. According to Military.com, TJ is an Army veteran and he is an avid snowboarder. He says that he can thank his friends for being on the show, explaining that, “My friends signed me up for it. I got picked and they didn’t get picked.”

Brewer has a bit of a chip on his shoulder on the premiere and goes head to head with housemate Alessandra Camerlingo because she’s not an avid skier or snowboarder. He says he’s disappointed because he thought he’d be in a house with a bunch of people who loved winter sports.

Alessandra Camerlingo gets into it a bit with cast-mate Brewer, but that’s not all she deals with on the premiere. In a preview video, viewers see the police show up at the house looking for Camerlingo. She says that she came on the show in order to break away from her conservative, Italian family.

Metz told MTV that, “From the hookups to the drama and the craziness of the fighting, everything about it was a roller-coaster.” Metz gets injured early on in the season and she ends up with a shady romance, revealing to Us Weekly that, “I fell for a snowboarder. It’s a rollercoaster of emotions when I find out that he may or may not have a girlfriend.” Metz also told Hollywood Life, “We’re just completely different people, all coming to the house for the same reason: To enjoy our life for the winter and experience this together and meet new friends. We had a lot of drama and we had all of our fights, but at the end of the day, we all came together and have our friendship. [The show] is hilarious. It’s different. It’s winter, so it’s a different scenery.”

Sheen told MTV that he’s never seen anything like what happens on this show on television. Sheen said that he came onto the show to party and to make some friends … and of course, for the entertainment. In an interview with Hollywood Life, Sheen made it a point to stress that, “Everything is real. What you see is what you get, and you will never have to question that watching us. I guarantee it.”

Taylar Shinn is not afraid of her sexuality and she is shown making out with several guys this season. Shinn told Us Weekly that the reason she joined the show was, “I needed to get away from all my problems and just live my life to the fullest … so I went to Hunter Mountain.”

Marc Vinda is initially attracted to Taylar and the show are seen making out in a promo video for the show. When it comes to his experience on the show, Vinda told MTV that, “It was incredible. I met strangers from different parts of the country, and we came together with similar interests and similar personalities. We just wanted to have a great time, and it made this experience the best time ever.”

Carissa Witham is proud of her boobs, she’s outspoken and she’s not afraid to stand up for her friends. For years, Witham said that she focused on school and her career, so this is an opportunity for her to just be free, live and let loose. 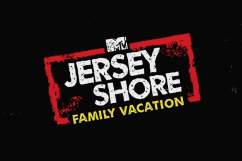