Getty A poster of Andrew Cunanan, the number one suspect in the killing of designer Gianni Versace, is displayed at the entrance of a bar in West Hollywood, CA. The city of West Hollywood and the West Hollywood sheriff's station were launching an informational offensive urging residents and visitors to West Hollywood's many nightspots to be on the look-out for Cunanan. The 27-year-old former resident of San Diego was the prime suspect in the murder of several gay men in other parts of the country.

Andrew Cunanan was a serial killer, who committed suicide after being cornered by police, just one week after he murdered famed fashion designer Gianni Versace, according to the NY Times. The FX show The Assassination of Gianni Versace, focuses on the alleged mindset of Cunanan, as well as his background. Previously on the show, his father Modesto was depicted as a liar and a thief, who abandoned his family, leaving them broke. On the show, Cunanan’s mother, Mary Ann, endured mental and physical abuse from Modesto, who eventually fled the country.

On The Assassination of Gianni Versace, Cunanan’s father is portrayed by Jon Jon Briones, while Joanna Adler plays Cunanan’s mother. Get to know more about Cunanan’s actual parents, his siblings, and his childhood, in our 5 Fast Facts below.

Cunanan was born to parents Modesto “Pete” Cunanan and Mary Anne Schillaci. Modesto was of Filipino American, who served in the US Navy in Vietnam. According to Earn the Necklace, at one point, Cunanan worked for Merrill Lynch, but was fired from the job. When Cunanan was just 19 years old, his dad Modesto fled to Manila, in the Philippines, to avoid going to prison for embezzlement. The embezzlement charges stemmed from when he worked as a stock broker and The Wrap reported that court documents stated Modesto “misappropriated” $106,000 from his stock brokerage business.

When Cunanan was born, The Wrap reports that his mother suffered from postpartum depression and his father had to care for him while she received treatment in the hospital. This was alluded to on The Assassination of Gianni Versace.

GettyA member of the Miami Medical Examiner’s office places a stretcher, carrying the body of serial killer Andrew Cunanan, into a van 24 July after the body was removed from a boathouse in Miami Beach. According to authorities, Cunanan shot himself after he was trapped inside the boathouse 23 July by a SWAT team and the Miami police. AFP PHOTO/Roberto SCHMIDT (Photo credit should read ROBERTO SCHMIDT/AFP/Getty Images)

Cunanan’s body was interred in a mausoleum at Holy Cross Cemetery, in San Diego. Romper reported that Cunanan’s parents actually argued over where he was to be buried, as Modesto supposedly wanted his son buried in the Phillipines. The face of Cunanan’s crypt can be viewed via Find a Grave here.

One month after Cunanan’s death, a service was held, but his siblings and father did not attend, according to Romper. His mother, however, was in attendance. A memory card at the service reportedly included an excerpt that read, “I’d like the memory of me, to be a happy one … I’d like to leave an echo, of happy times and laughing times.”

3. Andrew Cunanan Was Given Special Treatment over His Siblings

Andrew Cunanan was the youngest child, out of four total siblings, who include Christopher Cunanan, Elena Cunanan, and Regina Cunanan. On The Assassination of Gianni Versace, Cunanan was depicted as the favorite of his father’s and was treated on a higher level of his brother and sisters. In an interview with ABC News, in 1997, the year that Cunanan killed himself, his brother Christopher said that, “He was my father’s pride and joy. (He was) very smart. When he was about 10 years old, he had read the whole set of encyclopedias … and memorized it. And you could ask him any question.” One of Cunanan’s sisters also chimed in, saying, “He got everything that he needed. My dad gave him a sports car. He had the master bedroom. He had his own bath and everything.” Cunanan was enrolled in a private school called The Bishop’s School, unlike his siblings. Elena and Christopher Cunanan ended up writing a book called “Andrew Cunanan: An American Tragedy.”

4. Mary Ann Cunanan Was Physically Assaulted by her Son

Earn the Necklace reported that Mary Ann Cunanan was assaulted by her son and the incident is featured on The Assassination of Gianni Versace. On the show, Cunanan had lied to his mother, telling her he was traveling across the world with designer Versace and his mother was dying to go with him. During the scene, Mary Ann frantically tried to convince her son to let her go with him, but his anger got the better of him and he threw her aside, shattering her shoulder. The actual cause for the incident was not reported, though Earn the Necklace has reported that the argument was possibly over Cunanan’s sexuality. Cunanan reportedly threw his mother against a wall, which dislocated her shoulder, according to Refinery 29.

In an interview with The Chicago Tribune, on the day of his son’s death, Modesto Cunanan said that he didn’t believe what his son was accused of, or his alleged lifestyle. Modesto said that, “My son is not like that,” he told the chief. “He is innocent. He is not a homosexual; he had a Catholic upbringing and was an altar boy … I don’t believe he did what the American police say he did.” 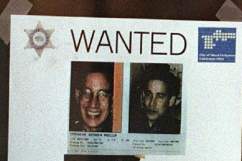 Modesto and Mary Ann Cunanan? HERE ?? FOR ?? IT ?? pic.twitter.com/ioyeZPy0Lb

According to Refinery 29, Mary Ann Cunanan lived off welfare and food stamps for the rest of her life, after her son’s suicide, until her death in 2012. According to Find a Grave, at the time of Mary Ann’s death, she was living in San Diego. Her funeral service was held at St. Joseph Cathedral. She was cremated and the ashes were reportedly given to her family.

As for Cunanan’s father, Vanity Fair reported that he joined a survivalist cult. Later on, he returned to the United States.