Arie Luyendyk Jr. hails from a prominent racing family, but how wealthy is Arie and how wealthy are the Luyendyks?

The net worth of Arie’s father is greater than that of the son, but the Luyendyk family is collectively worth millions of dollars and both Arie and his dad are very wealthy. Arie Luyendyk Sr., Arie’s dad, was the big breadwinner due to his lengthy and very successful racing career (which included winning the Indy 500.)

Arie Jr. became one of the most controversial Bachelors in the franchise’s history when he gave a rose to Becca Kufrin, only to change his mind and decide he preferred the runner-up, Lauren Burnham, who decided to give him a second chance.

The Richest, another site that estimates celebrity net worth, puts Arie Jr.’s net worth at $5 million. Arie Jr. now works as a realtor in Scottsdale, Arizona.

Arie Jr. has had his own moderately successful racing career. “The younger Arie began racing go-karts in the early 90s, and then graduated to Formula Ford competition in the late 90s. He won a number of Junior division races, and had 24 Top 5 finishes while racing in the Firestone Indy Lights series,” Celebrity Net Worth reports.

According to The Richest. “Arie Luyendyk Jr. is best recognized for his participation in Indy Lights Series where he landed at the 2nd, 3rd and 4th ranks for several times. Outside racing, he is a broadcaster and Versus’ driver analyst. In 2012, he served as commentator for NBC Sports Network’s Indy Light Races.” Arie earned $196,055 for Indy 500 races even though he didn’t come close to placing first.

However, Arie Sr. and Mieke Luyendyk are wealthier than their son and their money derives from Sr.’s successful racing career. Arie Sr. has been the big breadwinner of the family.

According to Celebrity Net Worth, Arie Sr. is estimated to be worth about $20 million.

The dad’s racing car included winning some of the most prestigious auto races in the world. According to The New Netherlands Institute, “Arie Luyendyk is well known by those who follow auto racing, and especially Formula I or Indy Car racing. In 1985 he was the rookie of the year at the Indy 500 Race where he placed seventh in a field of 33 starters. That was quite an accomplishment. He continued to be a regular at the Indy 500 Race and won his first Indy 500 title in 1990. He managed to win again in 1997 and became a multi-race winner, an accomplishment not achieved by many race car drivers.” 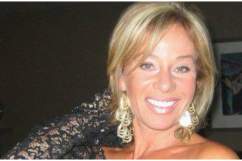 Read More
Arizona, Breaking News, The Bachelor
How much is Arie Luyendyk Jr. worth? His net worth is in the millions.