Last night was the heartbreaking finale of The Bachelor 2018 and news had spread so quickly about the jaw-dropping outcome. For those who have not watched the show yet, you may want to skip over the next couple paragraphs and get right to the live stream info because there are major spoilers included.

Tonight, the drama continues on the After the Final Rose special, on the ABC network at 8 p.m. ET/PT. On the finale episode, Arie Luyendyk was shown breaking off his engagement to season 22 winner Becca Kufrin, in hopes of winning back runner-up Lauren Burnham. The awkward and devastating break up was shown unedited and Kufrin met with host Chris Harrison in front of a live studio audience. What has not yet been shown, is what has happened with Luyendyk and Burnham.

For those who want to watch Luyendyk get confronted by Kufrin tonight and see what happened with Burnham, but you do not have cable or you cannot get to a television, you still have options. The ABC network is available to watch live with your computer, phone or streaming device. All you have to do is sign up for one of the following cable-free, live-TV streaming services listed below:

Hulu With Live TV: In addition to Hulu’s large streaming library of TV shows and movies, Hulu also provides subscribers with the ability to watch live TV channels as well, including ABC (live in select markets). You can sign up for “Hulu with Live TV” right here. Then, you are able to watch a live stream of ABC on your computer via the official Hulu website, or on your phone, tablet and streaming device, using the Hulu app.

Sling TV: ABC (live in select markets) is included in the “Sling Orange” plus “Broadcast Extra” channel package for Sling TV. The service has a free 7-day trial, and it lets you watch it on your computer by using the Sling TV website, or on your phone, tablet or streaming device via the Sling TV app.

The After the Final Rose special for The Bachelor usually runs immediately following the finale episode, but the season 22 edition will air tonight, from 8 – 10 p.m. ET/PT. According to ABC, the official plot description for tonight’s ATFR special reads, “Arie, Becca and Lauren all will be together in front of a studio audience with host Chris Harrison to discuss one of the most emotional, stunning endings to any Bachelor season. Arie will take Bachelor Nation back to those weeks in Peru with Becca and Lauren. What was behind his unexpected decision that blindsided both of them? What will the women have to say to Arie when they see him? Special guests, including some of the provocative women from this season, Bekah M., Kendall, Seinne and Tia, will discuss Arie’s dilemma and his astonishing choices. And in one last surprise, the identity of the new Bachelorette will be revealed!” Tune in for all the drama. 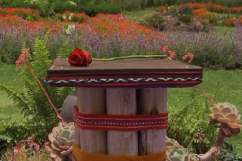 What Happened on ‘The Bachelor’ 2018 Finale Last Night?

Read More
Reality TV, The Bachelor, TV
Check out how to watch the 2018 After the Final Rose episode for The Bachelor online via live stream.