Billie Lee joined Vanderpump Rules as a cast member and made her first appearance as a new hostess around the time of SUR restaurant’s annual participation in Gay Pride, as reported by Bravo. Lee instantly felt a friend level connection with controversial star Jax Taylor because of his judged image. Lee, who is transgender, has had similar feelings over the years and she felt that she had a lot in common with Taylor. Since that episode, viewers have seen Lee’s relationship with her cast-mates continue to grow. Get to know more about Lee in our 5 Fast Facts below.

I’ll be hosting a little dinner party at SUR tonight for my favorite organization @flux_ahf Come have a drink with me. ?✨? @jordanringphotography ? @bebronzestudio #spraytan #queen

In addition to appearing on VPR, Lee is describes herself as an activist and she is also a blogger. Her website is titled “Billie Lee” A Self Love Story,” and her About section gives an in-depth rundown on her background. On her site, Lee states, “The journey to self-love brings you down a dark alley of emotional energy like shame, guilt and abandonment. If I want to fully love myself I must begin where it all started … My dream is not to be a woman who blends in with society so she’s accepted, my new dream is to fully embrace my true authentic self, and honor and love her fully. Welcome to my journey of self love.”

2. At One Point, Lee Was a Prostitute

I’m so excited to share this new campaign with you! Ever since I was a little kid trapped in the wrong body I dreamed of having my own jewerly box. I was told no to anything too girly or feminine. Now in my 30’s I finally have my very own jewelry box from @mcfinejewelry. Monica you inspire me everyday and I am so grateful for your love and acceptance. #transisbeautiful #jewelry ? @jordanringphotography

According to People, at one point in her life, Lee turned to prostitution and was suicidal. Fortunately, a famous friend of hers helped her pull through. Lee said that Gossip Girl actress Leighton Meester was her best friend at the time, and hired her as her hair and makeup artist. This ended up helping Lee to pay for her own sex reassignment surgery in Thailand.

3. In the Past, She Had Issues With Dating

“Owning our story can be hard but not nearly as difficult as spending our lives running from it. Embracing our vulnerabilities is risky but not nearly as dangerous as giving up on love and belonging and joy—the experiences that make us the most vulnerable. Only when we are brave enough to explore the darkness will we discover the infinite power of our light.” @brenebrown ? @cberms ???

Growing up, Lee said dating was practically impossible and prior to joining Vanderpump Rules, she went through a major heartbreak. Lee and her ex were off-and-on for three years, but she said the relationship ended because she could not biologically carry children. Lee revealed to People that, “I was madly in love with him. That hurt so bad, because I want to have kids more than anything. I don’t even try to be jealous because it’s not a good energy, but I do envy women sometimes, how a woman can go through that. And I do think, how cool would it be to have a kid with a man that had both of our DNA and looked like us — what woman would not want that? But at the end of the day, I have to think of reality and that this is my life, and if he can’t accept that …”

On Vanderpump Rules this season, co-star Ariana Madix’s brother asks Lee out on a date. Unfortunately, this causes a little bit of drama on the show.

4. As a Child, She Felt Pressured Into Playing a “Male Role”

Last night was magical. So much love and gratitude. #tribe #birthdaylove ????✌?

When Lee was a kid, she said she felt pressured into carrying out life as a boy, writing on her website that, “As a child I was forced to play the male role: ‘Billie, hold your fork more like a boy,’ ‘Billie, only sissies walk like that.’ I honor my parents for what they knew. They were only trying to protect me with the knowledge they were given.” Lee also stated to People that, “My parents would let me know that I can’t play with Barbies … I was forced to be a boy, and I hated it. But my parents dropped out of 8th grade and didn’t make it to high school, and they had addictions. So they weren’t capable of really caring for me in a way where they knew what was going on with me. They just kept on correcting me and forcing me to be a boy and go play dirty.” Fortunately, Lee was able to overcome these challenges and live life as her true self.

5. Lee Hopes to Adopt a Child One Day

As a transgender person, Lee cannot biologically carry a child, but she would like to adopt someday, according to Bravo. She revealed to People that this desire actually helped her bond with her boss, Lisa Vanderpump. She explained, “There are so many children out there who need need love, and I feel like that’s my mission. It was cool to close that chapter and start a new chapter and have my boss be all about adoption. It was the universe telling me to keep going, keep living your truth, keep being you, because something magical will happen.” 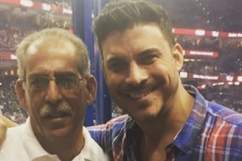