The E! Network is a huge presence on the red carpet of awards shows and they tend to build a large suite of television content around each event that they cover. So, for E! red carpet fans out there, we have the full rundown of their Oscars coverage for today and tomorrow as well. Check out the host info, start times and programming rundown below.

E! Countdown to the Red Carpet

The 2018 E! Countdown to the Red Carpet is a pre-arrivals gathering of E! hosts, style experts and special guests. Prior to the actual red carpet arrivals, this program provides an inside scoop at some of the fashions to expect and entertainment news for the evening. This year’s program airs from 1 p.m. ET/10 a.m. PT – 5 p.m. ET/2 p.m. PT on the E! Network. Kristin Cavallari, Brad Goreski and Josh Horowitz, along with E! correspondents Kristin Dos Santos, Zuri Hall, Jason Kennedy, Erin Lim, Nina Parker and Morgan Stewart, will all appear on the special.

E! Live from the Red Carpet: The 2018 Academy Awards

The official description of this year’s E! red carpet programming special for the arrivals describes the show as, “Bringing the real magic of the red carpet to pop culture fans around the globe; capturing every spontaneous moment of the night and delivering the most fun and authentic celebrity conversations with the industry’s hottest names.” The special runs right up until show time for the awards show. This year’s awards show begins at 8 p.m. ET/5 p.m. PT and airs on the CBS network. Red carpet staples Ryan Seacrest and Giuliana Rancic will lead the hosting duties for the special and they will be joined by some other familiar faces – Kristin Dos Santos, Zuri Hall and Josh Horowitz. 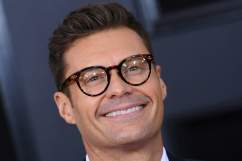 By 11:30 p.m. ET/11 p.m. PT, the E! After Party special will air, with E! hosts dishing on the most memorable moments from the Grammys, along with the standouts in fashion. For the after party special, the network will highlight some of the night’s biggest winners and stars. Jason Bolden, Zuri Hall, Nina Parker, Brendan Schaub, Sibley Scoles and Morgan Stewart will host and there will also be an appearance by Drew Elliott.

The daily entertainment scoop show will air as usual on Monday, from 12 – 2 p.m. ET/PT and is sure to go over the biggest news from the Oscars. From the winners to the red carpet fashions, E! News: Daily Pop will surely dedicate a chunk of this episode to the awards show.

As usual, E! News will air at 7 p.m. and 11 p.m. ET/PT This edition will give viewers a behind-the-scenes look at the Oscars and focus on moments that at-home watchers didn’t get to see.

When it comes to watch the E! red carpet specials online … For those who don’t have cable or cannot get to a TV, you can watch E! online, on your phone or on another streaming device by signing up for one of the following cable-free, live-TV streaming services for E! They cost a monthly fee but all come with a free trial, so you can watch tonight and tomorrow’s show for free:

FuboTV: E! is included in the “Fubo Premier” channel package, which costs $19.99 per month for the first two months and $39.99 per month after that. It comes with a free 7-day trial, and you can watch on your computer via the FuboTV website, or on your phone, tablet or streaming device via the FuboTV app

Read More
Celebrities, Oscars, TV
Check out how to watch all the E! red carpet specials online for the 2018 Oscars via live stream. Plus, get the rundown of all the programming times and hosts.