Camila Cabello is performing at tonight’s 2018 iHeartRadio Music Awards and she is also the recipient of the Fangirls Award, presented by L’Oréal Paris. Lately, Cabello has been spotted getting cozy with a man named Matthew Hussey, according to the Daily Mail, and the two are reportedly dating. Most recently they were photographed packing on the PDA together in Cabo San Lucas, Mexico. Get to know more about Cabello and Hussey’s connection, as well as background info on Hussey, himself.

1. Hussey Is a Motivational Speaker and Life Coach

Our team here at Get The Guy is growing fast! If you’d like to help us keep transforming the lives of incredible women and inspire them to reach new heights in their love and confidence, check out our current openings at howtogettheguy.com/careers >>> link in bio ?

Hussey is an author, who wrote “The Get The Guy”. He is also a motivational speaker and life coach, according to The Daily Mail. Hussey is also a columnist for Cosmopolitan Magazine. On his professional website, in his bio, it states, “Matthew’s rise to success as a motivational speaker has been meteoric. From humble beginnings working as a life coach with individual clients in London’s coffee shops and cafes, Hussey now runs programs across the globe, helping thousands of men and women reach their true performance potential.”

2. He Stars On ABC’s Digital Series “What To Text Him Back”

New Sunday video! ?? “Everything You Know About Attraction Is Wrong…” >>> click link in my bio to watch ??

According to his professional website, Hussey stars on ABC’s digital series What To Text Him Back as a dating expert. In Hussey’s bio it states that, “He has rooted his business in private coaching work, which has often focused on confidence issues that impacted relationships. As a result, he began to gain recognition helping men with their love lives.” In addition to being a dating expert on What To Text Him Back, Hussey previously was a relationship on the show Ready for Love, which was hosted by Bill and Giuliana Rancic in 2013, as reported by Hollywood Life.

3. Camila Cabello Has Never Had a Long Term Relationship

Over a year ago, Cabello spoke with People and said that she’s never really had a serious relationship. Cabello revealed that, “I’ve literally never had a long-term relationship. So when I show people my songs, they’re like, ‘Who’s this about? I’ve never seen you with a boy ever.’ I make all of these fantasies in my head. There’s this constant theme of unrequited love and me loving people from afar.” Could Hussey become her first serious relationship?

4. Dating Hussey Was Reportedly a Surprise for Cabello

I used to be absolutely terrified of being in front of people. Public speaking was my worst nightmare. I was so afraid of embarrassment, saying the wrong thing, making a fool of myself. I never used to put myself out there or take risks. I was scared of what people thought of me constantly. I have conquered that for myself, which is the only reason I am able to have the career I have now. When people ask me if change is possible, I know that it is, because the tools I talk about worked on me first. Trust me when I say one year from now, your life, and your level of confidence can be unrecognizable from where you are now. Whether it's our career, our relationships, or our emotional well-being – we need 2 things to achieve anything: (1) The TOOLS and STRATEGY to get there (2) The CONFIDENCE to face our fears My At-Home Retreat program is specifically designed to tackle BOTH (if you want to get your spot with my NEW bonuses, go to MattsHomeRetreat.com) ?? I've been stuck before plenty of times. And I've spent years developing these tools for myself before passing them on to others. If you're ready to stop settling and skyrocket your results in EVERY part of your life – I'd love you to join me. Go to MattsHomeRetreat.com and I'll see you there! ? Matt x

Recently, an insider told E! News that romance with Hussey took Cabello completely by surprise. According to the source, “Camila recently started dating Matthew. It wasn’t something she expected, but she knew of him and really enjoys his work. She has been following him for a while and was a fan, but it took her by surprise that she has gotten to know him on a deeper level.”

5. Cabello Was a Fan of Hussey’s Before Meeting Him

According to E! Online, Cabello was chatting with radio host Elvis Duran recently during an interview and said to him, “Hey wait, by the way, is Matthew Hussey still [here]? I love him. He’s great. He gives good advice.” Was this a foreshadowing of events? 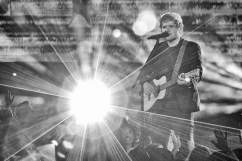