Adult film star Stormy Daniels, whose real name is Stephanie Clifford, has taken the nation by storm, claiming that she had sexual encounters with Donald Trump in 2006 and 2007, prior to him becoming President. However, these indiscretions would have taken place while Trump was married to current wife Melania Trump. Tonight, Daniels speaks with Anderson Cooper about the alleged affairs with Trump on 60 Minutes, in her first television interview about the reports. Get to know more about Daniels’ marriage to Myne, his connection to the Trump scandal and more information below.

Myne has worked as both a pornographic actor and director, just as Stormy Daniels’ other husbands have. The couple wass married for just two years, from 2003-2005. In addition to going by Pat Myne, he has also been known as Pat Lamyne, Danny Case, and Bart Myne.

2. He Has Been Married Four Times

Daniels was Myne’s second wife. In fact, he has been married four times and is currently married to wife Laura Liz, who he married in 2013. He was married to first wife, Shelbee Myne, from 1997-2001, and third wife, Alektra Blue, from 2007-2010. Blue is pictured above.

4. Myne Made the Film “The Perfect Stormy” With Daniels

5. Currently, Daniels Is Married With a Child to Her Third Husband

Today, Daniels is married to fellow adult entertainment star, Glendon Crain, with who she has one daughter. Their only child together was born in 2011. Glendon Crain is the actor’s screen name, as his real name is Brendon Miller. 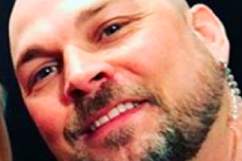