Season 14 of The Voice has two more episodes of the blind auditions left, with a good amount of spots still waiting to be filled in order to make up the top 48 artists. Each of the judges (Adam Levine, Kelly Clarkson, Alicia Keys and Blake Shelton) have several contestants on their teams so far, but there is still room for more. Get to know each of the teams that have been picked so far in our rundown below.

Adam Levine has six contestants on his team thus far – Angel Bonilla, Mia Boostrom, Drew Cole, Davison, Rayshun LaMarr and Reid Umstattd. Davison grew up in the church, singing with the choir and later went on to put together his own gospel group. Unfortunately, he left a full ride at school to help his mother when his parents got divorced. Angel Bonilla originally hails from the Philippines and she comes from a conservative Catholic family. Bonilla, who was born a male, realized at age 6, that she couldn’t deny her soul. She fully transitioned by 16 years old.

Boostrom was previously a contestant on America’s Got Talent and she was bullied for her weight after her appearance. Eventually, she overcame her insecurities. Some may know singer Drew Cole from his viral video “Golden Loves Guitar”, which features him playing the guitar, alongside his dog, a golden retriever. Rayshun LaMarr has a great singing voice and an amazing attitude. After being diagnosed with lymphoma and multicentric Castleman’s disease, which is a rare genetic disorder, he lost his hearing, vision and voice. Today, he is cancer-free and has regained all of his senses. As for Reid Umstattd, some may know him from his band Nelo, but he’s looking to gain success as a solo artist.

Team Alicia Keys is made up of Johnny Bliss, Britton Buchanan, Terrence Cunningham, Christiana Danielle, Jamai, Kelsea Johnson, Megan Lee, Jaclyn Lovey and Jordyn Simone. Growing up gay, Johnny Bliss felt a lot of pressure from his conservative family and friends. Today, Bliss is dedicating his love of music to his biggest cheerleader, his grandmother, whose breast cancer recently returned. Singer Buchanan joined a class rock band when he was just 13 years old and he hopes to become a success in music, like all the other contestants on the show. Homeschooler Jaclyn Lovey is another contestant who simply dreams of becoming a music artist.

Terrence Cunningham is the nephew of the legendary blues guitarist Etta Baker. Cunningham was a teen father, but was still able to follow his music dreams, playing the piano and singing all over the world. Singer Christiana Danielle actually was told she would never sing again when she was diagnosed with a mysterious throat virus, that resulted in emergency surgery. Fortunately, she proved the doctors wrong.

Jamai started his own singing telegram business at just 16 years old and now he’s hoping to become a big music artist. He has already released several songs and music videos. As for Kelsea Johnson, her big inspiration is her grandfather, as her NBC bio states that, “Kelsea gets her love of music from her Puerto Rican grandfather. He was in a band, sang mariachi and even wrote a book of songs. Her grandfather was diagnosed with liver cancer and passed away before seeing Kelsea on The Voice stage.” Fortunately, she has finally made it onto the show. Highschooler Jordyn Simone is also inspired by her family.

Child star Megan Lee had a successful career as an actress at a young age and she went on to have online popularity as a singer, after she posted herself singing “Lazy” by Bruno Mars. This video garnered 3.7 million views on YouTube and helped to get her a K-pop record deal.

Kelly Clarkson is the new coach on the scene this season. The contestants who make up her team so far include Alexa Cappelli, Brynn Cartelli, Jorge Eduardo, Jackie Foster, Dylan Hartigan, Jamella, Justin Kilgore, D.R. King and Molly Stevens. There was no doubt that Cappelli would go with Clarkson if she turned around her chair for her audition because Clarkson is her idol. According to Cappelli’s NBC bio, she has made quite an impact on her community. NBC states, “Alexa’s younger brother passed away from Hypoplastic left heart syndrome when he was just 32 hours old, and her family created a non-profit organization in his memory to provide essentials for families with seriously ill children.”

Singer Brynn Cartelli is only 14 years old and she already is a force to be reckoned with on The Voice. Jackie Foster has made some waves as part of the alternative rock band Self Portraits and now, she too would like to take on the singing competition as a solo artist. Justin Kilgore grew up in a small town and felt he needed to hide his sexuality. Becoming a male cheerleader in school didn’t make this easy. His love is country music and he’s been discouraged a time or two, but now he’s hoping that his luck will change.

Dylan Hartigan has had some acting gigs growing up, starring in a 1-800-FLOWERS commercial, along with playing Nicole Kidman’s son in The Stepford Wives. Now, he’s hoping to show off his vocals. Another possibly familiar face is D.R. King, who has a singing residency in a popular Harlem establishment, Red Rooster.

One contestant who is no stranger to The Voice, was a contestant on the Mexican version of the show and that’s Jorge Eduardo. Music is in his blood, as his father is a Latin Grammy-nominated singer. Another contestant, who has music in their blood, is Jamella, whose mother works in entertainment as a JLo impersonator in Las Vegas, Nevada. Molly Stevens also was inspired by family, singing on her grandfather’s radio and TV show for many years. Her grandfather is Jimmy Waters, a well-known Baptist preacher. Years later, Stevens came out as gay and today she is happily engaged.

Pryor Baird, Spensha Baker, Austin Giorgio, Brett Hunter, Kyla Jade, JessLee, Kaleb Lee, Jaron Strom and WILKES are all a part of Blake Shelton’s team. Pryor Baird is a singer, who grew up with a very simple life, without much electricity or heat. He has tried to follow his musical passions, while also making money to pay the bills. As for Baker’s upbringing, she grew up in a military family and actually became successful as a gospel singer. Unfortunately, the pressures of the music industry got to her and she retreated. Now, she’s hoping to revisit her dreams.

At just 17 years old, Austin Giorgio opened his own bicycle company, but music is a love of his as well. Brett Hunter, like Giorgio, is successful outside of music, but singing is what brings him happiness. According to NBC, Hunter quit his six-figure job to follow his dreams. Kyla Jade is a very gifted singer and she even was a part of BET’s gospel show Bobby Jones Gospel. She also has been a backup singer for former Voice coach Jennifer Hudson. JessLee also has some Voice ties. She previously has opened for LOCASH and The Voice‘s Cassadee Pope.

Singer Kaleb Lee has been a church leader, a singer and a family man. Now, he’s chasing his dreams on The Voice. Jaron Strom is another talented performer and when he isn’t singing, he works as a web designer. Lastly is WILKES, who has been a part of the band High Flight Society for 12 years. They’ve even toured with country artist Sam Hunt. Touring became too much and WILKES wanted to focus more on his family life, because his wife suffers from lupus. Today, he hopes to get back to his music roots. 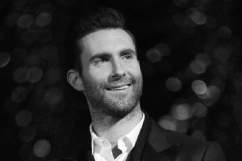