Warning: This post has spoilers for season 1 and all of season 2 of Jessica Jones. You’ve probably heard rumors that Kilgrave might be appearing on Jessica Jones Season 2. Which doesn’t make a lot of sense since she killed him at the end of Season 1. We’ve got all the details here on if Kilgrave appears and, if he does, when. But keep in mind: this post will have major spoilers for Jessica Jones Season 2. It won’t spoil any parts of the main plot of the season, but it will spoil some key details about Kilgrave himself. Read on to learn more.

If you’ve heard the rumors, we have some good news. Yes, the rumors are true. Kilgrave does appear in Jessica Jones Season 2. A lot of fans will be breathing a sigh of relief about that one, since Kilgrave was many viewers’ favorite part about Season 1. And to be honest, Season 2 really does feel a bit “empty” without him. I didn’t quite realize how empty until he finally appeared on the screen.

Kilgrave only appears in one episode of Jessica Jones Season 2: Episode 11. So if that’s all you’re interested in, you can skip forward to that part. (But you’ll be majorly spoiled on some pretty serious plot twists if you do.) Kilgrave doesn’t come back to life, however. He’s still very dead. He’s appearing in Jessica’s mind, and appearing all around her as a hallucination that’s so real, she actually talks to him. (If you ever saw Battlestar Galactica — the reboot, not the original — then that’s the type of “appearance” we’re talking about.)

They never really explain why he’s appearing, except that a certain action that Jessica takes triggers his appearance (or his release) in her mind. And the moment he hits the screen, it’s dynamic. He and Jessica have some great chemistry and play off each other really well. Although his appearance is very dark, it also makes you laugh quite a few times. I really missed that character and the way he changed the dynamics of everything whenever he was on the screen.

One episode of Kilgrave is not enough. It really shows what the rest of #JessicaJones season 2 has been lacking

It’s likely that because Kilgrave controlled Jessica for so long and so thoroughly, he left some kind of residual impression on her mind. I’d even go so far as to guess that perhaps “part” of him is actually living in her mind, and that’s part of his power. So in that way, he’s not truly dead. He finally does leave, but he tells her as he leaves that he’s always going to be there and can reappear if she ever needs him. I don’t see him as just being a figment of her own mind. I see him as being almost a “ghost” of Kilgrave, a piece of him that stuck around in Jessica’ mind, even after he died.

If you saw Kilgrave’s appearance on Jessica Jones, what did you think it meant? Let us know in the comments below. 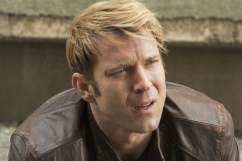