Bill Cosby is not dead despite a report to the contrary. Just days after the soon-to-be 81-year-old actor was found guilty of three felony indecent assault charges, rumors that he had died of suicide circulated, thanks largely in part to bogus news website, Action News 3. The site claimed that Cosby took his own life and was found dead in his home in Philadelphia, Pennsylvania.

“His death has been reported as ‘a suicide due to asphyxia.’ Philadelphia police confirmed that Cosby committed suicide by hanging himself with a rope. Cosby was discovered by his wife and left no suicide note,” read the fake report. The site went on to post a fabricated statement from Cosby’s rep, which you can read below.

“Bill Cosby passed away this morning. He had been battling sexual assault accusations which left him in a state of depression. This is a tragic and sudden loss. The family respectfully asks for their privacy as they grieve during this very difficult time,” the fake statement read. Of course, Cosby’s rep did not release any such statement, as the actor is alive.

This news story wound up circulating on social media and several people retweeted the message, which helped further spread the rumor. Many social media users fell for the hoax, believing that Cosby had taken his own life, perhaps to avoid going to prison; since each one of Cosby’s convictions carries a 10 year prison sentence, he could be spending the remainder of his life behind bars.

According to Vulture, Cosby is currently on house arrest, with GPS monitoring, as he awaits his next hearing, which will be scheduled in 60 to 90 days. Although prison time is possible, there are several factors that will go into the decision.

“Sentencing depends on a few factors beyond simply being found guilty. After the court has assessed Cosby’s health and whether he is ultimately a threat to society, the judge will hear evidence from both prosecutors and the defense. This gives both sides the opportunity to make their cases for everything from incarceration to house arrest. Ultimately, since felony sexual-assault charges have a mandatory state prison term, Cosby could end up spending a few years to as much as 30 years behind bars. At his age, that would be a life sentence,” Vulture reports.

This is not the first time that a Bill Cosby suicide hoax has surfaced online. In fact, a similar hoax circulated back in 2015, after he was first accused of criminal sexual assault. According to Snopes, a site called Viral Time Lapse posted the fake report, at the time.  The site has its own disclaimer that states that it does not publish factual stories, but the death hoax ended up circulating online as fact just the same.

“Viral Time Lapse assumes … all responsibility for the satirical nature of its articles and for the fictional nature of their content. All characters appearing in the articles in this website — even those based on real people —  are entirely fictional and any resemblance between them and any persons, living, dead, or undead is purely a miracle.” 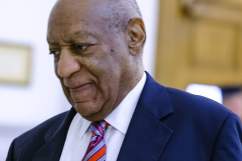 Bill Cosby’s Sentence: How Much Prison Time Could He Get?