Jason Biggs and Jenny Mollen attend the SiriusXM's Private Show with Guns N' Roses at The Apollo Theater before band embarks on next leg of its North American 'Not In This Lifetime' Tour on July 20, 2017 in New York City. (Photo by Jamie McCarthy/Getty Images for SiriusXM)

We all know Jason Biggs for his breakout role in the American Pie franchise, but what about his personal life? Who’s his wife, Jenny Mollen, and how did the couple meet? How long have they been together?

Biggs and Mollen met while filming the movie My Best Friend’s Girl. They officially tied the knot in April 2008. Today, the couple is busy raising children and balancing their careers in entertainment.

Read on to learn more about Jason Biggs and Jenny Mollen.

1. Jenny Has Spoken Openly About Hiring Prostitutes for Jason’s Birthday

Perhaps unsurprisingly, the story caught people’s attention and was brought up on the daytime talk show, The View. One of the show’s hosts, Candace Cameron Bure, vocalized her opinions on the incident, sharing that she was not a fan.

Biggs, who came on the show later to support his wife, said, “We are very open people, we are real people. My wife is amazing… This is not a habitual thing on our part. We don’t have a group of prostitutes who come in and out of our house on a regular basis.”

He later admitted that the experience wasn’t all it was made out to be. “I didn’t have a good time in the end,” he admitted to US Weekly. “It took three ladies over the course of three different days. Let’s just say I didn’t complete the mission. My wife found the whole thing to be quite hysterical even while it was happening. She was actually on the bed, watching, eating a bag of chips, laughing, so as you can imagine, I wasn’t really performing to the best of my abilities. Also, said prostitute wasn’t engaging with my wife the way I hoped she would and so it all kind of fell apart, and the rest is in the book.”

2. They Met on a Blind Date

10 years married today. I love you, Jason. You are everything I am not. And a couple things I am:) ❤️

An interview with Elle reveals that Mollen and Biggs met on a blind date.

Asked by Elle how he convinced her that he wasn’t Jim, the clueless virgin from American Pie, Biggs said, “She hadn’t seen the movies.” Asked if that was really true, he said, “She knew who I was, but she hadn’t seen them. The truth is, it was a turnoff for her. She was like, “Jason Biggs? He’s going to be an annoying little douche.” Well, I’m not that guy. I was charming, and we hit it off. And I have a huge….”

Biggs and Mollen eloped in 2008, and he says it didn’t take long before he knew she was the one. “After dinner on that first date, Jenny and I stayed late talking at the bar. I remember how open she was. Two hours in we were comparing Zoloft prescriptions.”

3. She Recently Posted an Instagram About Weight Loss Related to Graves’ Disease

Not anorexia, it’s a thyroid issue. I don’t know what it says about me that I got this thin and didn’t think there was anything wrong. Last Friday, I had a bulge in my neck that finally got me to the doctor. I’m STILL waiting on blood work but my doc thinks it’s Graves. If you just had a baby and have lost an inordinate amount of weight, feel like you are on cocaine, are suddenly heat intolerant, can’t stop losing hair, and think your husband is being a dick it might just be your thyroid!! Get checked ASAP #thyroid #6monthspostpartum

On April 23, Mollen took to Instagram to explain to fans that her recent weight loss was not a result of anorexia, but was because of Graves disease, an autoimmune disorder.

She wrote in the caption, “Not anorexia, it’s a thyroid issue. My doc thinks it’s Graves…”

Many may recall that Graves disease led to Wendy Williams’ collapse earlier this year while filming an episode of The Wendy Williams Show.

Graves’ disease is an autoimmune disorder and one of the most common kinds of thyroid problems. It’s a leading cause of hyperthyroidism, and often leads to an overactive metabolism and weight loss.

According to WebMD, Graves’ disease is easy to treat once diagnosed, but if it is left untreated, it can have serious consequences, even death. 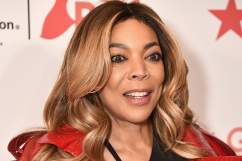 What Is Graves’ Disease? 5 Fast Facts You Need to Know

4. She Is an Actress Known for Playing Nina Ash on ‘Angel’

Mollen is an actress, and portrayed Nina Ash on the series Angel. She is also known for Return of the Living Dead: Rave to the Grave.

Mollen was born and raised in Arizona, and worked in local theater. She attended the University of California, Los Angeles’ School of Theater, Film, and Television.

Her breakout role came in 2000, in the role of Susan Curran on 18 Wheels of Justice. She has appeared in a slew of impressive projects, including Viva Laughlin, Crash, Law & Order: LA, Crazy, Stupid Love, Hawaii Five-O, Wilfred, Girls, Chicago Fire, and I Like You Just the Way I Am among others.

Most recently, she appeared in My Partner Knows Best .

5. The Couple Has Two Children

Jason and Jenny have a son, Sid. Jenny has been extremely open about how her life has changed with a son. Her author bio in her book reads, “Until two years ago, her life was exciting, sexy, a little eccentric, and one hundred percent impulsive. Then they had their son, Sid, and overnight, Jenny was forced to grow up: to be responsible, to brush her hair, to listen to her voicemail.”

In an interview with scarymommy.com, Jenny was asked what advice she would give to new moms. She said, “Don’t beat yourself up for not being “perfect” Ask for an epidural! Breastfeed as long or as little as you want. Drop out of your Mommy and Me class if everyone in your class sucks. Cut your hair. Get back in the gym. Buy something cute, and don’t forget to pet your dog.”

Asked when she last time she used her kid as an excuse to get out of something she didn’t want to do, Mollen jokes, “I think I had children as a way of getting out of shit I didn’t want to do.”