Tonight is the live production of Jesus Christ Superstar, starring major names in music, such as John Legend, Sara Bareilles and Alice Cooper. If you don’t have cable or cannot get to a TV, you can watch NBC live online with your computer, phone or streaming device by signing up for one of the following cable-free, live-TV streaming services:

Hulu With Live TV: If you want a Netflix-like on-demand streaming library in addition to live TV, Hulu now also offers a bundle of live channels, including NBC (live in select markets). You can sign up for “Hulu with Live TV” right here, and you can then watch a live stream of the NBC channel on your computer via the Hulu website, or on your phone, tablet or streaming device via the Hulu app.

DirecTV Now: NBC (live in select markets) is included in all four of the channel packages. You can sign up for a free 7-day trial, and you can then watch NBC live on your computer via the DirecTV Now website, or on your phone, tablet or other streaming device via the DirecTV Now app.

FuboTV: NBC (live in select markets) is included in the “Fubo Premier” channel package. You can sign up for a free 7-day trial, and you can then watch NBC live via your computer on the FuboTV website, or via your phone, tablet or streaming device via the FuboTV app. 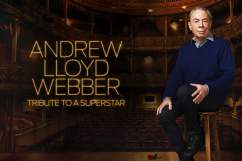 Sling TV: NBC (live in select markets) is included in the “Sling Blue” channel package via Sling TV. You can sign up for a free 7-day trial, and you can then watch the NBC network live on your computer via your browser, or via your phone, tablet or streaming device via the Sling TV app.

In addition to being able to watch NBC live via the above streaming services, you can also watch on your computer via NBC.com, or on your phone, tablet or streaming device via the NBC app. You’ll need to sign in to a TV provider to watch this way, but you can use your Hulu, DirecTV Now, FuboTV or Sling TV credentials to do that.

Legend grew up in a very religious household, telling USA Today that, “I grew up around a bevy of preachers and singers in the church, so I’m very familiar with this story, and what it means to so many people. What’s cool about this show is how Andrew and Tim re-imagined the last few days of (Jesus’) life and really connected to his humanity.” So, this is a very exciting project for him. Tune in tonight to see Legend and the other stars put on the live musical production.