The pair was officially confirmed to be dating in December 2015. In 2016, they co-wrote two songs together, “Getaway Driver” and “Well-Rested”. Lambert, 34, and Anderson, 29, first walked the red carpet together at the ACM Awards in 2016. Last year, they attended the event together once again. This time around, Lambert is flying solo.

She stunned in a red sequin dress that showed off her cleavage and long blonde hair.

Fans were curious if a breakup was looming after Miranda said during a concert in March, “I make it my mission every single time I step on the stage that no matter what, no matter where I am, I want to make you feel everything you could possibly feel.” She continued, ““But fortunately for me, I can use it for my art or whatever. I like to write sad songs. I like to listen to sad songs, so I want to sing y’all one.”

Fans also suspected a likely breakup when the two stopped posting about one another on social media. The last photo East uploaded of Miranda dates November 2017.

Last week, multiple sources confirmed the breakup to US Weekly. A source close to Lambert told the outlet, “They have spent a lot of time apart, but potentially could end up back together. The love is still there.”

And just who is this ex, Anderson East? The 29-year-old is an R&B musician from Alabama, and currently lives in Nashville. To kickstart his career, East opened up for Holly Willims. In 2009, he released his debut solo album Closing Credits for a Fire under the name Mike Anderson.

Most recently, he appeared on the Fifty Shades Darker Soundtrack, performing the song “What Would It Take”. The song was a hit, and debuted at No. 1 on the US Billboard 200. 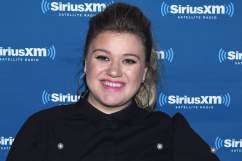 Kelly Clarkson Net Worth 2018: 5 Fast Facts You Need to Know 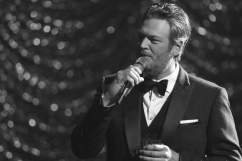 Blake Shelton Net Worth 2018: 5 Fast Facts You Need to Know