Kenny Chesney will be a familiar face at tonight’s 2018 Academy of Country Music Awards.

While many know him for his country hits, few may be aware that Chesney was married to Renee Zellweger for a brief period of time in 2005.

Read on to learn more about the couple:

1. They Were Married for Four Months

Chesney and Zellweger met in January 2005, married in May, and split in September. After just four months, Zellweger filed for an annulment.

In 2010, Chesney discussed his marriage with Oprah. He said that he believes the relationship fell apart because he “panicked.”

Hollywood Life writes, “‘I panicked,’ he admitted to the queen of daytime April 9, before going on a fairly confusing rant about his theory of life, which includes a ‘box’ that he feels the need to ‘protect.’ But amidst all his rambling, Kenny did manage to produce one coherent, and lovely, thought — that after everything was said and done, he still considers Renée to be a ‘sweet soul.'”

2. Zellweger Has Been Dating Doyle Bramhall for Five Years

Zellweger has been dating Doyle Bramhall II since 2012.

Bramhall is a musician, producer, guitarist, and songwriter. He has worked with legendary performers like Eric Clapton, Roger Waters, and many others.

In a 2017 interview with US Weekly, Zellweger said, “He’s a very special person!”

While neither has remarried, both have made headlines for rumored (and real) relationships.

Chesney has been rumored to have dated Vanessa Millon and Adrianna Costa, but neither relatoinship was confirmed.

4. Outlets Speculated Chesney Was Gay After the Annulment

After Renee and Kenny split, many outlets speculated that Chesney’s sexual orientation was the reason behind the separation because Zellweger cited “fraud” as the reason for the annulment.

In a 2016 interview with The Advocate, Zellweger was asked to expand on the topic. “After citing ‘fraud’ as the reason for annulling your marriage to Kenny Chesney in 2005, many media outlets alleged that he must be gay,” the outlet said.

Zellweger responded, “I forgot about that. It’s a pretty big thing to forget, isn’t it? That made me sad. It made me sad that somehow people were using that as a way to be cruel and calling someone gay as a pejorative, which has fateful consequences. Of course, there’s the bigger-picture problem of why anyone had to make up a story at all.”

Asked if she felt she needed to defend Chesney at the time, Renee responded, “I’d said all I needed to say on that subject. I’m an old-fashioned gal who doesn’t feel it’s appropriate to hang out your laundry on the lawn. I feel you devalue yourself as a human being when you share very personal things with a bajillion strangers who are making fun of you. I just don’t see that there’s any dignity in that. But sometimes it is difficult to just let something be what it is, especially when it’s unnecessary ugliness. Once you’ve said your piece, shouldn’t that be enough? And why is the ugliness that’s perpetuated in the media so attractive to people?”

5. Chesney Did Not Respond to the Speculation At First

Chesney did not directly respond to the rumors that he was gay when they first started to surface.

In an interview with 60 minutes, he said, “Maybe I should have come out and said ‘I’m not.’ But I didn’t want to draw any more attention to it, you know, cause I knew I wasn’t. I didn’t need to prove to anyone else I wasn’t… It’s not true. Period.”

Asked by Anderson Cooper why Zellweger checked “fraud” as the reason for the split, Chesney said, “We thought it was the least harmful… Cause it was kind of broad. Whatever it is; it doesn’t specify.” He goes on, saying, “The only fraud that was committed was me thinking I knew what it was like… What it was like to be married, and I really didn’t. 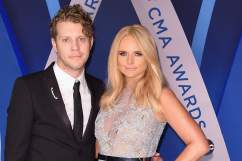