Last season on Love & Hip Hop: Atlanta, Sierra Gates found out that her husband of 8 years was cheating on her. Now, Sierra has moved on with a new man, a rapper named BK Brasco. She said on the show that Brasco was her friend before he became her boyfriend. But, who is the man that Gates called her husband for all those years? Both Sierra and husband Shooter Gates appeared for the first time on Love & Hip Hop: Atlanta season 6, with all their dirty laundry getting thrown out in public. Get to know more about the couple’s demise, a family tragedy and Shooter’s background below.

1. Sierra’s Assistant Was Her Husband’s Mistress

On season 6 of LHHATL, Sierra’s marketing assistant Moriah Lee had revealed she was dating a married man … and the man turned out to be her boss’ husband, Shooter. A source told Hollywood Life that it was because of the show’s producers that she found out about the affair. The source stated that, “Sierra had no idea that Moriah was sleeping with her husband. No one knew until the producers dug around in her life … She found out it was real on camera, Shooter admitted it or she would never have believed it. She’s heartbroken that he would betray her like this.” At the time of the big reveal, another insider told Hollywood Life that, “Sierra feels so betrayed. She took Moriah under her wing, and this is how she thanks her — by sleeping with her husband?! She regrets not listening to all the people who told her not to trust Moriah.”

SO LOST FOR WORDS THE ONLY THING THATS KEEPING ME SANE IS I KNOW THE GOOD LORD DONT MAKE NO MISTAKES MY SON CALLED ME YESTERDAY AND SAID A DAD I SEEN YOU AND MY BROTHERS AT MAIN EVENT I SAID YEA COME ON OUT HERE WITH US. HE SAID NO TODAY DAD WE HAVING A PARTY AT MY SPOT. I SAID OK SON BE SAFE HIT ME LATER HE SAID OK I NEVER GOT THE CHANCE TO SAY I LOVE YOU AGAIN. IN OTHER WORDS TELL YOUR LOVE ONES YOU LOVED THEM EVERYDAY CAUSE YOU NEVER KNOW WHEN THE GOOD LORD IS GOING TO CALLED THEM HOME. I BEEN THROUGH ALOT IN MY LIFE BUT I THINK THIS IS THE HARDEST SHIT EVER. A PARENT IS NEVER SUPPOSED TO BURY HIS CHILD A CHILD SUPPOSED TO BURY HIS PARENTS. I HAVE TO BE STRONG FOR YOUR BROTHERS AND SISTER I DONT KNOW HOW TO EXPLAIN THIS TO THEM SINCE YOU WAS THEY ROLE MODEL. THEY GO ON YOUR INSTAGRAM PAGE EVERYDAY AND CHECK ON THEY BROTHER AND THEY TELL ME EVERYTHING YOU DOING EACH AND EVERY DAY. BY THE WAY GRANDAD FINALLY GOT YOU BACK WITH HIM TELL MY FATHER I SAID WHATS UP DADDY GOTS TO BE STRONG FOR THE REST OF THE FAMILY I NEVER THOUGHT I WOULD BE SAYING THIS BUT FLY HIGH BABY BOY NO MATTER HOW BIG UOU GOT YOU STILL WAS DADDY BABY LOVE YOU INFINITY @rodhighdemand

Over the summer, in August 2017, Shooter’s son Rod Jr., from a previous relationship, tragically died and it appears that he was shot, according to VH1. When Rod Jr. passed away, Sierra wrote this heartbreaking message on Instagram, “Dear shooters, Before you pull that trigger just know you are taking someone’s child. Brother. Best friend. Uncle. Dad. The list goes on. My Sons & Daughter big brother is gone and I have to explain to them why. Rest up @rodhighdemand I love you we will miss you so much.” Shooter also expressed his own heartbreak over the tragic news. BCK Online reported that Rod Jr. died in a car accident, but other reports point to a shooting of some kind.

3. The Couple Had Two Children Together

Both Shooter and Sierra had kids before getting together. When Sierra was just 15 years old, according to Starcasm, she had her first child, a daughter named Paris. In order to support her baby, at age 16, Sierra became a makeup artist at a local mall. Then, at just 18 years old, she met Shooter, with whom she then had a son named Mason. In September 2016, Sierra dished to followers about her little boy on Instagram, writing, “Let me tell y’all about my son Mason, he’s a 68 year old man trapped in a 6 year old boy body. To Mason every other kid to him is a baby or child & he’s not. Happy 6th bday to my baby granddaddy.” The couple reportedly has two kids together.

4. Shooter Got His Name from Shooting Dice

Shooter is clearly not his birth name, as his real name is Rodricous Gates. According to Famous Birthdays, Shooter got his nickname from his winnings in shooting dice.

5. A Baby Bomb Was Dropped on Sierra About Shooter

This season on Love & Hip Hop: Atlanta, Sierra is stunned when she is told by one of her stylists that her ex has a two-year old son, along with another one on the way. This would have meant that Moriah Lee was not his only mistress. Sierra didn’t know what to believe, but her stylist insisted she does the hair of Shooter’s baby mama. 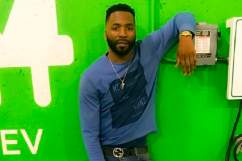