The top 5 contestants are left in the mix for the 2018 season of American Idol. Tonight, the top 5 will perform and just 3 will move on as winners for the two-part finale airing next Sunday and Monday. In addition to the top 5 performances and results tonight, Carrie Underwood is also appearing to perform on the Idol stage. Underwood will be performing her song “Cry Pretty,” while the Idol contestants will be performing songs dedicated to their moms for Mother’s Day, according to American Idol Net. Get to know more about tonight’s performances, as well as the details on the top 5 contestants below.

@gabbybarrett_ on meeting @carrieunderwood: “Holy. Monkeys. What. The.” ? #AmericanIdol

Gabby Barrett’s initial audition wasn’t perfect, but the judges decided to send her through to Hollywood and America has fallen in love with her. Tonight, she is performing the songs “I Have Nothing” by Whitney Houston and “Last Name” by Carrie Underwood. The pressure is on with Underwood being present for Barrett’s “Last Name” performance, but all of the contestants are performing Underwood songs. Barrett started singing when she was just 9 years old and said that she was a daddy’s girl. Recently, Barrett was making headlines for a reported romance she is rumored to have with fellow semi-finalist Cade Foehner.

@calebleemusic was”trying not to pass out” when he met @carrieunderwood! #AmericanIdol

Caleb Lee Hutchinson is a country singer, who has been playing music for most of his life. He is just 19 years old, but judge Lionel Richie told him that his voice is beyond his age. Hutchinson actually has a musical connection to a previous American Idol winner. He previously opened for season 4 runner-up Bo Bice in 2012. Tonight, Hutchinson is singing “Stars in Alabama” by Jamey Johnson and “So Small” by Carrie Underwood.

“My heart was pounding so fast!” — when @maddiepoppe met @carrieunderwood #AmericanIdol

Maddie Poppe has turned a lot of music this season into folk-like melodies and judge Lionel Richie has described Poppe as having a “storyteller’s voice.” Poppe was quick to receive a Hollywood golden ticket when she first auditioned on the show and, according to Poppe’s professional website, she already has recorder her own music and plays multiple instruments. Poppe not only is a talented singer, she can also play the guitar, ukulele and keyboard. For her performances on tonight’s show, Poppe is performing “God Only Knows” by The Beach Boys and “I Told You So” by Carrie Underwood. 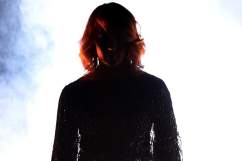 “She is GORGEOUS. She is amazing. She is great.” — @michaeljwoodard about meeting @carrieunderwood #AmericanIdol

Woodard is a man with an amazing voice and a big personality. His performances have even brought judge Katy Perry to throw her chair in excitement. During tonight’s show, Woodard is set to perform “Still I Rise” by Yolanda Adams and “Flat on the Floor” by Carrie Underwood. Before becoming a contestant on Idol, Woodard was working as a bowling alley attendant. Being on American Idol is helping him to live out his dreams of working in entertainment.

@cadefoehner was “trying to convince myself not to freak out” when he met @carrieunderwood. #AmericanIdol

Singer Cade Foehner has a pretty big following already and people love his rocker edge. He actually auditioned for the show The Voice a few years ago, but failed to make the cut, according to Idol Chatter. Auditioning for The Voice, Foehner revealed that, “I learned so much about myself as an artist and who I am as a singer. It was an amazing thing, and I wouldn’t trade it for anything.” Foehner is a classic southern rocker from Texas and he is also skilled on the guitar. Tonight, Foehner is performing the songs “Simple Man” by Lynyrd Skynyrd and “Undo It” by Carrie Underwood.

Vote NOW for your favorites! ? #AmericanIdol