Tonight is the 2018 Billboard Music Awards, which rewards and acknowledges achievements in the music industry over the past year, in addition to paying tribute legends in the business. Chart-topping artists are honored, A-list stars hit the stage, and unique performances take over the night. Get to know more about some of the nominees, the performers, how to watch the 2018 BBMAs online and more information below.

BBMAs 2018 RED CARPET INFORMATION: E! Live From the Red Carpet will air its live red carpet interviews and arrivals on the E! network, from 6 – 8 p.m. ET. Coverage of the red carpet can also be found on the official BBMAs website.

BILLBOARD MUSIC AWARDS 2018 TV CHANNEL: The show airs on the NBC network. Check with your local TV provider (ie. FIOS, Optimum, Time Warner) to find out what channel NBC is in your area. You can also use the NBC channel finder to look for your local stations, which you can find here.

BBMAs 2018 LIVE STREAM: The BBMAs are shown on NBC. If you do not have cable or cannot get to a TV, you can watch NBC live on your computer, phone or streaming device by signing up for one of the following cable-free, live-TV streaming services:

BILLBOARD MUSIC AWARDS 2018 PERFORMERS: Ariana Grande is back in action, fresh off of a break up, and she is set to perform her new song “No Tears Left to Cry”. Christina Aguilera and Demi Lovato are teaming up for a duet of “Fall in Line” and another collaboration for the night is Salt-N-Pepa with En Vogue. The two girl groups are performing the throwback hit “Whatta Man”. BTS is performing “Fake Love”, while Jennifer Lopez is singing “Dinero”. Kesha and Macklemore have come together to perform “Good Old Days” and Maren Morris is performing “The Middle” with Zedd and Grey. Additional performers include Camila Cabello, Janet Jackson, Kelly Clarkson, John Legend, Dua Lipa, and Shawn Mendes.

BBMAS ICON AWARD 2018 RECIPIENT: Janet Jackson is this year’s Icon Award recipient and she will also perform at the show. According to People, this will be the first time Jackson has performed on television in 9 years. Currently, Jackson is promoting her State of the World Tour.

When it comes to the BBMAs’ nominations as a while, Kendrick Lamar, Ed Sheeran and Bruno Mars are leading the pack with 15 nominations each to their names. Post Malone then has 13 nominations and Imagine Dragons has 11.

BBMAs 2018 HOST: Kelly Clarkson is the host of this year’s Billboard Music Awards and she will also take the stage as a performer. She is set to deliver a rendition of her song “Whole Lotta Woman”. Tomorrow night and Tuesday, May 21 – 22, 2018, Clarkson will be participating in her first two-part finale for The Voice 2018. 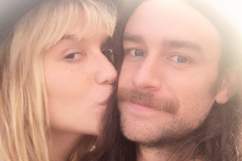