Screengrab via the Discovery Channel

The Deadliest Catch’s Blake Painter was found dead in his home on May 26 at the age of 38. TMZ reports that Painter’s body was found by a friend in Oregon. The friend had gone to check on Painter after he hadn’t heard from him in a while. According to TMZ’s report, Painter had been dead for a few days before he was found. Prescription pills were found at the scene but authorities have not gone public with a cause of death. No foul play is suspected.

1. Despite His Age, Painter Captained His Own Vessel on The Deadliest Catch

Painter is best known for his time on the second and third seasons of The Deadliest Catch where he was the captain of the F/V Maverick. TMZ reports that Painter quit the show voluntarily after the third season. Painter was the engineer boat and took it over as captain in 2006 for the 2006 Red (King) Crab season. Painter primarily fished for cod, halibut and black cod.

2. One of the Criticisms Leveled at Painter Was ‘Sleeping Around’ & ‘Having a Girl at Every Port’

A wiki page for The Deadliest Catch describes Painter’s weakness as being “Sleeping around (has to have a girl in every port.” That page said that Painter was a second generation fisherman from Astoria, Oregon. In 2008, Painter bought his own ship, Tradition. His father, Jeff Painter is the captain of the Evening Star. Among his most famous quotes on the show were, “There’s no crying in crab fishing,” and, “It’s a crab boat. It’s not a democracy. There’s one guy in charge and now I’m that guy.”

3. Painter Was Involved in a Serious Car Accident in June 2016

A fellow fisherman has lost his life due to an overdose. Prayers to his family please ?

The Daily Astorian reported in June 2016 that Painter was involved in a serious car accident in his hometown while towing a boat. Painter had to be rescued using the jaws of life from his pickup truck. The truck was “completely destroyed against the tree,” according to the Astorian report. The boat was also damaged.

Painter had a lengthy criminal record which included a January 2001 arrested for gun possession, recklessly endangering another person and criminal mischief. Painter has had multiple arrests for unlawful fishing and traffic violations. In July 2013, Painter was arrested for driving under the influence and in March 2015 he was arrested for criminal driving while suspended.

Screengrab via the Discovery Channel

A 2013 feature on The Deadliest Catch detailed Painter’s medical problems thanks to his career. Painter said, “I dread long-lining season, just because it’s so repetitive.” The piece reads that Painter, “wakes up in the morning with his hands clamped closed and pain screaming up to his elbows, an ailment fisherman refer to as “the claw.” Painter says in the article that he needs surgery for his carpal tunnel syndrome. Among the injuries, Painter said he suffered were putting a hook through his hand, cutting open his finger and getting his arm stuck in a device on a fishing ship known as “The Crucifier.” A “Crucifier” is a giant metal hook on board.

In terms of money, Painter said in the same interview that it’s not uncommon for fishermen to make $1,000 a day. He added that during one three day spell in 2011, Painter says he made $72,000.

5. When Painter’s Father Was Diagnosed With Cancer, Painter Captained His Own Ship & His Father’s

In 2005, when Painter’s father was diagnosed with an aggressive form of cancer, Painter took on the role of skippering both his own boat and his father’s boat. This occurred in between shooting season two and season three of The Deadliest Catch. A blog post about Painter’s time on the show indicates that he quit the show over being misrepresented. A Screenrant post on the “dark secrets” about the show says that Painter leaving the show was “dramatized for effect.” According to his IMDb page, Painter appeared in a total of ten episodes of the show and two episodes of After the Catch. 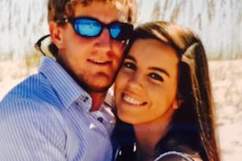