The Met Gala 2018 theme is “Heavenly Bodies: Fashion and the Catholic Imagination,” as reported by Vogue this year. The hosts heading up this year’s event are Vogue editor-in-chief Anna Wintour (of courses), Amal Clooney, Donatella Versace and Rihanna.

For the Catholic-influenced theme, fashion exhibit on display at the event will feature papal robes and accessories from the Sistine Chapel sacristy. According to Newsweek, the exhibit explores “fashion’s ongoing engagement with the devotional practices and traditions of Catholicism.” According to the New York Times, the exhibit will also include a papal tiara that is set with 18,000 diamonds and it’s flown in to New York with its own bodyguard. Vogue added that, “Among the 150 or so ensembles that will be on display are pieces by Coco Chanel, who was educated by nuns, and John Galliano, whose transgressive Fall 2000 Couture collection for Christian Dior opened with a mitred, incense-swinging pope-like figure who proceeded down the runway to a voice intoning: ‘Understand the concept of love.'” The exhibit is so big this year that it will be shown in several galleries, including at The Met Fifth Avenue and the couture displayed at the The Met Cloisters.

According to Vogue, the reason behind the theme this year is that it is “designed to create a dialogue between fashion and the masterworks of religious art in the museum’s holdings … Central to the conversation will be the papal garb on loan from the Sistine Chapel sacristy, many of which have never been seen outside the Vatican, even in the 1983 Met blockbuster, The Vatican Collections: The Papacy and Art.” Christine and Stephen A. Schwarzman, along with Donatella Versace, are some of the event’s sponsors.

In honor of the big event, Cardinal Dolan is set to attend, according to Page Six, and New York spokesman Joe Zwilling said that he will probably be wearing what “he would wear to any formal evening dinner.”

Happy First Monday of May! The annual #metgala is tonight, this year exploring the links between Catholicism and fashion, and the red carpet will be flooded with A-list celebrities bringing their best fashion forward. In anticipation of the big night, we decided to take a gaggle of top models slightly more uptown—dubbing them the #InwoodAngels—to the Met Cloisters, the museum in Fort Tryon Park dedicated to the art, architecture, and gardens of medieval Europe. Tap the link in our bio to see their angelic looks. Photographed by @cassblackbird Fashion Editor @jordenbickham

According to Harpers Bazaar, the religious factor in the theme may cause controversy, though the theme has reportedly “received the official stamp of approval from the Vatican”. Head curator Andrew Bolton revealed to the New York Times that, “We know it could be controversial for right wing or conservative Catholics and for liberal Catholics,” and he said that the theme focuses “on a shared hypothesis about what we call the Catholic imagination and the way it has engaged artists and designers and shaped their approach to creativity, as opposed to any kind of theology or sociology.”

Those who wish to view this year’s exhibit don’t need to be attendees at the Met Gala. Vogue has reported that the exhibit “Heavenly Bodies: Fashion and the Catholic Imagination” will be available for viewing May 10 – October 8, 2018. There will also be a catalog of photographs by Katerina Jebb to accompany the pieces in the exhibition. 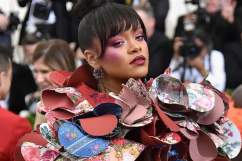