On Jersey Shore: Family Vacation, DJ Pauly D talks about his kid’s mother, along with the relationship he has with daughter, Amabella Sophia Markert. But, viewers don’t get to see his child. Pauly doesn’t post many personal photos on his social media accounts either … unless you count ab shots and pictures of his wheels. Most of them are photos of him on the job, spinning at clubs.

Amabella’s mother Amanda lives across the country from Pauly and she has another child as well, a son from a previous relationship. Even so, Pauly appears to have a good relationship with Amabella, though he said things were rocky in the beginning with her mom. In a recent interview with People, Pauly said that, “She’s 4 years old. She’s my life. She’s my princess. She’s a little mini-me. She wants to be a DJ — I got her a DJ room. She’s scratching records already. She’s so funny. She just wants to follow me around and do every single thing that I do.”

He also added that, “My daughter is Daddy’s little girl. She gets whatever she wants, but remarkably does not act spoiled! She has a matching toy Lamborghini truck, a Mercedes Benz G63 toy truck and her own turntables.”

Little Amabella celebrated her 5th birthday on May 16, 2018 and her mother posted a collage of photos of her on her Instagram account (below). With the post, Amanda wrote, “She’s going to change the world one day. #5yearsyoungtoday.”

She’s going to change the world one day ???❤️ #5yearsyoungtoday

On Jersey Shore: Family Vacation, Pauly is looking for love … or lust … whichever finds him first. But, since having a child, Pauly has said that his standards for a girlfriend are much higher, according to http://toofab.com/2016/06/08/pauly-d-aubrey-oday-famously-single&rdquo; target=”_blank”>Too Fab. Pauly explained to Entertainment Tonight that he is “super protective” of his daughter and, “Now, I’m even more picky when I pick women to actually meet her or my mother — only certain ones will meet them. I put my standards up a lot higher now.”

Pauly does not find love in Miami on the Jersey Shore reunion show during season 1, but he told People that he is definitely open to it. He revealed that, “I’m looking, genuinely looking for somebody. At the moment, I guess you’d say I’m having fun with the wrong ones … It’s hard to find somebody, especially now, that you want to spend the rest of your life with. But seeing everybody in relationships, I feel like that’s the only thing I’m missing in my life — that other person to share it with.” He continued, “It’s difficult to date with a little bit of stature, I guess. You don’t know what these people’s intentions are, who’s dating you for what reason, everybody wants to be famous. It’s hard to find somebody genuine nowadays.” Previously, Pauly D was in a relationship with Aubrey O’Day and he even let her meet his daughter, which is a major step for him.

According to Life and Style Magazine, when Pauly D first revealed that he was father to a little girl, he stated, “I’m proud I’m a father. I am excited to embark on this new part of my life.” He also said that he was very nervous when he first met his daughter, admitting to Us Weekly that, “I was nervous until I saw her face. When I saw her eyes light up and her arms reach out for me, it was an amazing feeling … I was nervous if she wasn’t going to like me! … The second I saw the baby her eyes just lit up, it’s almost like she knew.” When it comes to more children in the future, Pauly says that he is definitely on board for more kids whenever he gets married. 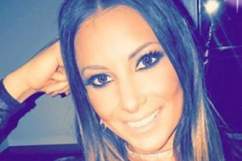