Discovery What happened to Sean Dwyer? Get the details here.

The hit documentary series Deadliest Catch is in its 14th season on the Discovery Channel. For those with cable, watching the show is simple, but there are other options as well. And, some of them are free.

Amazon Prime has season 14 episodes for Deadliest Catch available for purchase per episode. So, if you’ve missed any episodes you can’t access anywhere else, they are available here. The show is available for streaming on Amazon via compatible devices such as Fire TV, mobile phone, tablets and Smart TV, among other options listed on the site. If you don’t have cable or can’t get to a TV, you can also watch the Discovery Channel live on your computer, phone or streaming device by signing up for a free trial of DirecTV Now.

Watch via Discovery App: In addition to being able to watch Discovery Channel live via DirecTV Now, you can also watch on your computer via Discovery.com, or on your phone, tablet or streaming device via the the Discovery app. However, you’ll need to sign in to a TV provider to watch this way.

The official Amazon synopsis for Deadliest Catch reads, “It’s the deadliest job on earth: crab fishing off the Alaska coast on the icy Bering Sea, home of the most violent waters on earth. During the five-day ‘season'” a handful of adventurers will work around the clock against Arctic weather and brutal waves for a chance at big money. Sadly, they all may not return.”

In sad, recent news surrounding the show, Blake Painter, who was known as a captain on seasons 2 and 3 of Deadliest Catch has unexpectedly died at the age of 38, according to TMZ. His body was found on May 25, 2018 and police determined that he had been dead in his home for a few days. It is undetermined whether or not prescription pills found in the home were a factor in Painter’s passing. No foul play has been suspected.

According to the Daily Astorian, Painter was arrested this past January 2018 for heroin possession and driving under the influence of intoxicants. And, as reported by Heavy.com, this was not Painter’s only arrest. In the past, he was arrested on charges including gun possession, recklessly endangering another person, criminal mischief, unlawful fishing and traffic violations. 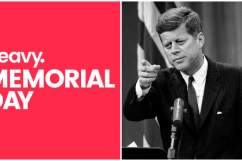