The rebooted television show Roseanne has been canceled, according to a statement from ABC. Network executives decided to cancel the show following a Twitter statement from the lead actress, head writer, and executive producer Roseanne Barr, in which she called former Barack Obama aide Valerie Jarrett the offspring of the “Muslim Brotherhood & Planet of the Apes.”

“Roseanne’s Twitter statement is abhorrent, repugnant and inconsistent with our values, and we have decided to cancel her show,” ABC Entertainment president Channing Dungey said in a statement released on Tuesday, May 29.

Barr also tweeted, “ISLAM is not a RACE, lefties. Islam includes EVERY RACE of people.” Her tweets ignited a major Twitter controversy with several celebrities voicing their opinions and slamming Barr for hers. Many also called for ABC to cancel Roseanne following Barr’s comments.

A short while later, Barr issued an apology to Jarrett and anyone that she may have offended.

“I apologize to Valerie Jarrett and to all Americans. I am truly sorry for making a bad joke about her politics and her looks. I should have known better. Forgive me-my joke was in bad taste. I am now leaving Twitter,” Barr wrote.

Despite Barr’s apology and decision to delete her tweets, ABC took action against her, announcing its decision to cancel her show.

It has been a busy day for Barr, who also tweeted about Bill and Hillary Clinton’s daughter, Chelsea Clinton. In a series of tweets, Barr wrote “Chelsea Soros Clinton,” and insisted that Ms. Clinton is “married to [George] Soros’ nephew.” She also wrote that Soros is a Nazi sympathizer.

“Soros’ goal; the overthrow of U.S. Constitutional Republic by buying/backing candidates 4 local district attorney races who will ignore US law & favor ‘feelings’ instead-and call everyone who is alarmed by that ‘racist,'” read one of Barr’s tweets.

Good morning Roseanne – my given middle name is Victoria. I imagine George Soros’s nephews are lovely people. I’m just not married to one. I am grateful for the important work @OpenSociety does in the world. Have a great day! https://t.co/mXokiTEwN7

“Sorry to have tweeted incorrect info about you! I Please forgive me! By the way, George Soros is a nazi who turned in his fellow Jews [to] be murdered in German concentration camps & stole their wealth-were you aware of that? But, we all make mistakes, right Chelsea?”

Barr also announced that she had changed her mind and that she would not be leaving Twitter. She added another sarcastic apology to Chelsea Clinton and informed her Twitter followers that Clinton’s husband is actually the son of a “corrupt politician.”

Shortly after Barr’s Twitter tirade, comedian and Roseanne’s consulting producer Wanda Sykes announced that she would not be returning to the show.

I will not be returning to @RoseanneOnABC.

Actress Sara Gilbert also expressed her feelings on the matter.

Roseanne’s recent comments about Valerie Jarrett, and so much more, are abhorrent and do not reflect the beliefs of our cast and crew or anyone associated with our show. I am disappointed in her actions to say the least.

This is incredibly sad and difficult for all of us, as we’ve created a show that we believe in, are proud of, and that audiences love— one that is separate and apart from the opinions and words of one cast member.

According to Variety, Roseanne ended its first season as the “No. 1 scripted primetime television series in the 18-49 demo, according to Nielsen live-plus-same say numbers.” The show was slated to return for its 11th season in the fall (the second season of its revival).

Barr has not released a statement of any kind following ABC’s decision to cancel her show. She also has not tweeted anything in a few hours. 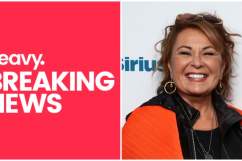 Roseanne Barr Net Worth: 5 Fast Facts You Need to Know