One of the internet’s most famous stoners tragically died at the age of 19. Young King David’s death was announced via his Instagram page. News of YKD aka David James Nixon’s death came on May 17. Motherboard reports that YKD had been in a hospital for the last few weeks after suffering from a collapsed lung. YKD’s friend, Chris Clemenza, told Motherboard that the viral sensation “died from complications during recovery and hospital stay.” A friend said on Instagram that YKD had “an infection that he let go too long for stupid reasons. But it got so bad they had to put him in a medically induced coma. Then he died.”

YKD was a resident of Middletown, New Jersey. He was known for his videos that showed him smoking weed or “doinks” and making observations about the world around him. The Instagram post announcing his passing said, “With deep regret we would like to inform you that YKD passed away and is at peace. He will be greatly missed. #doinkinpeace.”
Here’s what you need to know:

1. YKD Is Credited as the Inventor of the Term ‘Doink’ for Large Joints

The Land of Young King Dave (Documentary) | Mass AppealEarlier this year, Young King Dave experienced the strange nirvana of becoming a viral social media star. What started off as his public call-out looking for someone to smoke with turned into one of the funniest memes of the summer. Though the video was originally posted on Dave's own Instagram account in January, six months…2017-10-10T14:59:49.000Z

YKD id credited as being the innovator of the word “Doink” for a joint. In 2016, YKD’s video where he tried to find someone to smoke weed with him went viral. In another video a few months later, YKD said, “Who’s down to chill and smoke some loud, feel me? I got loud.” Speaking to Motherboard, Chris Clemenza said that YKD wanted to be famous and to make people laugh. Clemenza says, ” He said he knew it would happen, his whole life. I grew up with him so I know he was always trying to rap and do the same things he was doing before he was famous.” When asked about YKD’s legacy, Clemenza says, “They’re gonna remember him for doinks! He knew how to make everyone laugh and make their day better no matter what it was… He was always so happy and filled with joy, he just knew how to make me laugh.”

A 2017 AV Club feature about YKD ran with the headline, “God Bless This Big Weed Loving Boy.” The piece also mentions that YKD didn’t understand why he had become so famous:

I am with David right now and he says he doesn't know why y'all like that shit pic.twitter.com/pbNZGGdAVt

Marsia Allison, who posted that tweet, told Heavy.com in the wake of YKD’s passing, “He was always just a really nice guy and it’s so sad to see someone so young pass away unexpectedly. Definitely gonna miss him.”

Around the same time as the AV Club piece, the Daily Dot wrote that YKD was no dummy and was capitalizing on his fame by selling t-shirts with his respective catchphrases. 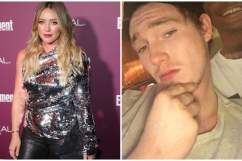 2. YKD Had Been Trying to Become a Rapper

On the strength of his viral clips, YKD had been trying to diversify into music. Motherboard reports that he had “made music” with his friends in Middletown. You can check out YKD’s SoundCloud page here. In January, YKD tweeted, “Need someone to promote my music DM me.”

Mass Appeal made a documentary about YKD in October 2017. During the clip, YKD says that he began smoking weed at age 12 when someone offered him and his brother a joint. YKD goes on to say that he had encountered some rough times growing up in Middletown. He says that he has been cut with a knife and gotten into numerous brawls. YKD says that everyone in Middletown “respects” him and if they don’t they get “beaten.”

4. A Go Fund Me Page Has Been Set Up to Help His Family to Pay for Funeral Arrangements

Jonathan Nixon set up a Go Fund Me page to help the Nixon family to pay for YKD’s funeral arrangements. At the time of writing, the page has raised nearly $4,000 of a $10,000 goal. The page reads, “David James, A.K.A YKD, passed away May 17th, 2018. We are deeply saddened by this loss and he will be greatly missed. He was a very special person with a big heart and a great sense of humor. We remember all the good times and how he made us smile and are very grateful for all the prayers and well wishes of friends and family. All proceeds will go to his funeral expense and David’s favorite charity, Make a Wish Foundation.”

5. Rappers & Other YouTubers Have Been Paying Tribute to YKD Online

As news of YKD’s death spread, rappers and YouTubers took to social media to mourn the passing of the innovator of “Doinks.” Here are some of the most poignant messages:

RIP @_youngkingdave one of our best members all time. RoT will mourn the loss of this legend. pic.twitter.com/HM4zNEXR2X

RIP in piece @_youngkingdave we smokin big doinks in your memory ??☝??? pic.twitter.com/4ZbxGJnm9I

RIP A YOUNG LEGEND @_youngkingdave YOU WILL BE MISSED pic.twitter.com/gQh6BNyexK

god rip @_youngkingdave this doink is for you buddy, hope ur smoking the loudest gas in paradise man

Read More
5 Fast Facts, Breaking News, Celebrities, Deatjs, R.I.P.
One of the internet's most famous stoners tragically died at the age of 19. Young King David's death was announced via his Instagram page.