The 2018 BET Awards air tonight, with stars across the board turning up for the big event. The BET Awards 2018 channel, airing the show, isn’t only limited to the BET network this year, according to The Independent. Several channels are broadcasting the event. There are also encore presentations scheduled, as well as red carpet pre-shows and after-party moments. Read on below for the rundown on what times to watch the show, the red carpet details, the channels airing the full show, the performers, and the scoop on host Jamie Foxx.

The 2018 BET Awards are being broadcast on the BET network, TV Land, the Logo network, MTV, MTV2, BET HER, and VH1. The show airs live from the Microsoft Theater in Los Angeles, California.

HOW TO WATCH THE 2018 BET AWARDS ONLINE:

The 2018 BET Awards will be available to watch online via several live streaming options. Find here your BET Awards live stream options, along with some cable-free instructions as well. 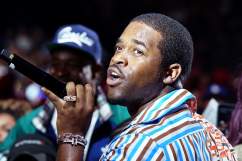 BET Awards 2018 Live Stream: How to Watch the Show Online

The host of this year’s awards show is Jamie Foxx. When dishing on his hosting gig and opening monologue details to Billboard, Foxx said, “Nothing is off-limits, but you know what you don’t want to do? You don’t want people to feel like they got dressed up and we got the family here [to make them feel uncomfortable]. I think we have a way to do it where it’s funny. And like I said, it’s a celebration, so any [lighthearted] jokes [go]. We don’t ever bite our tongues with jokes, but we got to [do it in] a good way where we feel good.” This is Foxx’s second time hosting the BET Awards, previously hosting the show in 2009.

The 2018 BET Lifetime Achievement Award recipient is R&B singer Anita Baker. Months prior to tonight, the singer announced she would be retiring, following one last, farewell tour. Her final tour began in March 2018, according to Newsweek.

Come with us, 'cause none of that nonsense is happening here. Let the 2018 #BETAwards hosted by @iamJamieFoxx revitalize your spirit TOMORROW at 8/7c.