The Crown Season 3 will start from scratch with new actors for the key characters because it will skip ahead in time. The Queen, Prince Philip, and Princess Margaret will be in middle age for the third season. Warning: There are some spoilers later in this article.

Gone are the actors and actresses who embodied the real-life characters during seasons 1 and 2: Claire Foley as Queen Elizabeth II, Matt Smith as Prince Philip, and Vanessa Kirby as the doomed Princess Margaret will not be returning. When will the Netflix Original Series’ third season be available for streaming? According to the BBC, you won’t be able to stream Season 3 of The Crown until at least 2019, although the exact release date is not set. It’s possible the show could be available in late 2018. Season 1 was released in November 2016; season 2 was released in December 2017.

Prince Charles, Prince of Wales speaks to actors and Celebrity Trust Ambassadors Olivia Coleman, Tom Hardy and Helen McCory at The Prince’s Trust Awards at The London Palladium on March 6, 2018 in London, England.

However, seasons 3 and 4 are being filmed back-to-back, which means you probably won’t have to wait as long for the fourth installment. Creator Peter Morgan told Daily Variety in February 2018 that he was already writing both 3 and 4. Filming for season 3 is set to begin in July 2018.

When will the show end? Director Ben Caron told Variety: “As soon as Donald Trump walks into Buckingham Palace.” One surprise in store for season 3: The character of Camilla Parker Bowles, eventually Prince Charles’ mistress and then his wife, will be introduced in season 3. What of Princess Diana? She’s expected to make an appearance at the end of season 3 and will be featured heavily in season 4.

Here is the cast that is known so far for season 3:

Olivia Colman, whose past credits include The Night Manager and Broadchurch is playing Queen Elizabeth II in seasons 3 and 4. “I think Claire Foy is an absolute genius – she’s an incredibly hard act to follow,” Colman told BBC.

“I’m basically going to re-watch every episode and copy her.” Season 3 will start in 1963, when the Queen was 37-years-old, BBC reports.

Here’s Claire Foley, who played the Queen in Seasons 1 and 2:

“I think we all felt Olivia had…that ability to be both plain and dazzling, and to be both knowable and unknowable,” Morgan told Variety. Season 3 will run from 1964 to 1976.

“None of us look at all like our previous generation,” Helena Bonham Carter, who will play Princess Margaret, said to Variety. “We don’t actually look like our real people either. I don’t look like Margaret. I don’t think Olivia looks particularly like the Queen, but it’s interesting. We just have to try and create some sort of essence. The good thing is that all the characters are so multifaceted, so we will probably capture different bits.”

Paul Bettany was reportedly considered for the role of Prince Philip, but Tobias Menzies was eventually cast as the Queen’s husband instead. Menzies played Edmure Tully in Game of Thrones and also appeared in Outlander.

Royal Family CollectionQueen Elizabeth and Prince Phillip at their wedding

Menzies is signed on for the next two seasons of the show. He also played Brutus in HBO’s Rome and the Duke of Cornwall in a BBC television program, so he’s no stranger to playing royals.

Princess Margaret is expected to be a major character in season 3, and she will be played by Helena Bonham Carter. The show’s historian Robert Lacey told Town and Country magazine, “We’re now writing season three, and without giving anything away—it’s on the record, it’s history—we’ll see the breakup of this extraordinary marriage between Margaret and Snowdon. This season, you see how it starts, and what a strange character, a brilliant character Snowden was.”

“I’ve definitely started prepping,” Bonham Carter told Variety. “It’s exciting. We start in a few weeks, and I think we’re all — we’re completely terrified. I think also because the first two seasons were such a success, we have the onus of inheriting the responsibility of doing justice to all these genuinely famous people, and then on top of it, inheriting them from this previous generation of actors who’ve done such good jobs.”

Here’s Vanessa Kirby as Margaret in Season 1 and 2:

The Crown covers about a decade per season in the life of the royals. In June 2018, Bonham Carter also confirmed that filming for season 3 was scheduled to begin in several weeks.

Jason Watkins as the Prime Minister

You won’t see much of Sir Winston Churchill in season 3 because, in real life, he died in 1965. However, there will be a new prime minister on the scene. Jason Watkins will play Prime Minister Harold Wilson.

“I am delighted to become part of this exceptional show. And so thrilled to be working once again with Peter Morgan,” Watkins said to Deadline. “Harold Wilson is a significant and fascinating character in our history. So looking forward to bringing him to life, through a decade that transformed us culturally and politically. And excited to be working so closely with Olivia; and the whole team.” 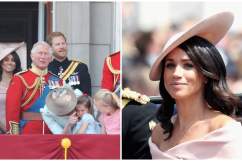 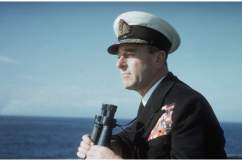 Uncle Dickie in The Crown: What’s the Real Story?