Lil Yachty’s Twitter was hacked with trolls saying they were going to make public DMs that showed the rapper flirting with a 16-year-old. When Yachty got control of his account, he tweeted, “Hackers need to get some p****.” In response to a follower who asked why he was flirting with a 16-year-old, he tweeted, “Come on bro what I look like. That was fake. Ask her how old she is.” Heavy.com can reveal that the girl in question is Instagram model Imanni Jackson who is 19 years old. Over the past 12 months, she has retweeted Lil Yachty messages on several occasions. According to her Facebook page, Jackson is a native of Flint, Michigan, and now lives in Calabasas, California.

The hackers also took aim at rappers Tekashi69 and Chief Keef while also threatening to release new music. The hack occurred on the afternoon of June 27 with Yachty taking about an hour to get control. The hackers identified themselves as “Thug.org.” During the course of the hack, references were made to people named Gurv, Neel, Anthony, Terror, and Rey. The hacker made reference to Danielle Bregoli, aka Cash Me Outside.

The hackers alluded to those who shot at Chief Keef in New York City earlier in June 2018. Nobody was hurt in the attack that took place outside of the W Hotel in Manhattan. It has been widely reported that Brooklyn-born Tekashi69 is being investigated by the NYPD as having a connection to the shooting. 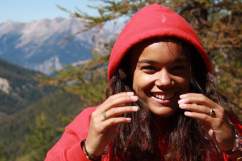