Nicki Minaj was in a relationship with ex-fiance Safaree Samuels from 2008 – 2014, according to Whos Dated Who, and then went on to date Meek Mill for two years. Other rumored relationships since have included music artists Nas and Future. And, the most recent dating rumor was that Minaj and Eminem were hooking up.

In May 2018, when performed during a song called “Big Bank“, fans were taken aback, as she rapped, “Back to the back Maybach, stack the M’s/Told ’em I met Slim Shady, bag the M/Once he go black, he’ll be back again.” Social media was in an uproar, trying to figure out whether or not Minaj was dating Eminem, after hearing these lyrics.

But, it hasn’t been just Minaj who was talking about Eminem in her lyrics. Eminem has done the same. In 2011, Eminem rapped in the song “Fast Lane,” saying, “I hope that I don’t sound too heinous when I say this, Nicki Minaj, but I wanna stick my penis in your anus.”

Minaj and Eminem have been friendly over the years and Eminem told Complex Magazine that, “I mean, obviously, I’ve worked with Nicki. I did a song with her. She’s a phenomenal rapper, and phenomenal looking. I mean look, it was right there. I thought it was funny.” The rapper admitted that he didn’t consult Minaj about it beforehand, but was confident that she sees the fun in it too.”

So, what happened when fans started to ask Minaj on Twitter about her possibly dating Eminem? According to CNN, when she was asked if the two were dating, she said, “Yes.” Eminem then commented, “Girl, you know it’s true.” Again Minaj replied with, “Babe, I thought we were gonna keep it on the low til the wedding. Yikes. I’ll talk to you when I get home.”

Eminem then took the flirtation a step further at a concert in Boston, when he addressed the crowd, asking them, “Boston, how many of you want me to date Nicki Minaj? … Well, god dammit, me too. Nicki, if you get this message, just text me later, we’ll talk about it.” Minaj again took to Twitter with a response. Minaj said, “LMFAOOOOOOOOOOOOOOO. The fact that he’s silly & a goof just like me. Love him so much. Em we need you on the #Queen album. That’s where our 1st date will be; at the studio while I gaze into ur beautiful eyes as u write ur verse.”

So, what’s the deal with the two? Well, it doesn’t look like the two are or even were dating. It looks like they were having a little fun with fans, but we can cross our fingers for a collaboration in the future, right?

On June 24, 2018, Minaj is one of the slated performers for the 2018 BET Awards, along with artists including Big Sean, Miguel, Janelle Monae, and her ex Meek Mill. Eminem has not been reported as a performer, nor has he been reported as a potential attendee, but there’s always a chance he could show up for the event. 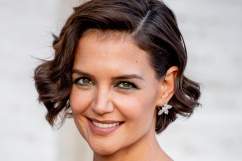