Police say that this was a drive-by shooting and that the suspects were identified as “two black males wearing hoodies.” The shooter was reportedly wearing a red mask.

On Wednesday, June 20, police arrested 22-year-old Dedrick D. Williams, and booked him for first degree murder. It is unknown if police are seeking any other suspects in the case.

Here’s a look at some of the most-known feuds that XXXTentacion had over the past two years:

“He could have reached out to me personally and spoken to me and it definitely would have been more respectable. But he dropped that preview and it sounded a bit like ‘Look At Me’ and he could be a huge, huge help in this situation to get me out of jail, because I’m facing life. So that’s just how I feel,” XXXTentacion told XXL, according to Hot New Hip Hop. 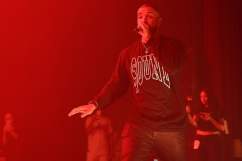 “You n****s is silly. How you unheard of talking about a n**** stole your swag? We ain’t even heard of you, shorty. Get your *ss out of jail,” Offset posted on Instagram live, according to Complex.

“Someone rushed up on stage at the venue on University Avenue near 29th Street and punched XXXTentacion, whose real name is Jahseh Onfroy, around 8:45 p.m. Wednesday, San Diego police Sgt. Jordan Wells said. The Florida rapper was whisked offstage as security guards fought with about 10 other people,” the outlet reported at the time. 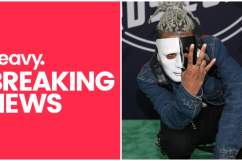