The three men left on The Bachelorette 2018 are Jason Tartick, Blake Horstmann and Garrett Yrigoyen and tonight is the overnight dates episode of the season. On tonight’s episode of the show, star Becca Kufrin and the contestants travel to Thailand for their fantasy suite dates, which give each of them the opportunity to spend intimate time alone with Kufrin, away from the cameras. But, one of these men will be eliminated before the final 2 vie for Kufrin’s hand in marriage. So, who makes it into the final 2?

Before we get into all the details on who gets eliminated tonight, along with additional major spoilers, THIS IS YOUR SPOILER WARNING. If you do NOT want to know who gets sent home by Kufrin or any other details about the show, STOP READING NOW.

With that said, let’s get into all the details on the final 2, as well as some info on the Men’s Tell-All Special and even the finale.

Reality Steve previously reported in his episode spoilers that Jason Tartick gets sent home tonight. There has also been speculation that he doesn’t even get a fantasy suite date, that he is eliminated before being given the opportunity to spend the night with Kufrin.

#tbt to night one on @bacheloretteabc , what a hell of a journey it’s been with @bkoof ! Let’s freakin’ go, Chiangmai, Thailand bound with the Beccster! Who’s been before?

According to ABC, Tartick’s date with Kufrin is described as this, “Jason, a perpetual optimist, is delighted to spend the day with Becca shopping and wandering around a bustling outdoor market. True to form, the couple romp around the marketplace like it was their own personal playground. But Becca has a major doubt that is eating away at her. Can she quiet her own fears enough to discuss it with Jason?”

Reality Steve reported on Twitter that Tartick was present for the Men’s Tell-All Special taping, which took place this past weekend. Usually, the final 2 contestants are not present for the taping. Neither Horstmann nor Yrigoyen were at the event, according to Reality Steve. 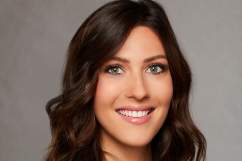 How to Watch ‘The Bachelorette’ 2018 Overnight Dates Episode Online

When it comes to the breakdown of how Tartick’s time on the show ends, Reality Steve has tweeted that, “In tonight’s episode, the order of overnights is Blake, Jason, then Garrett. She sends Jason home during his overnight date. Before the rose ceremony, Jason shows back up to give her a scrap book of notes or something … Becca said she couldn’t see a future with him and that even though she was falling for him, she was already there with other two. Then decides to send him home at the dinner portion and goes back to her room crying and said she felt like she pulled an Arie on him.”

On tonight’s episode of the show, Blake Horstmann gets the first solo date with Kufrin, but, as part of their date, they have to limit the kissing, hand-holding and hugging. This may not be a great idea of a date, but it lets the two of them know whether or not their relationship is just about physical chemistry. One issue that comes up, according to ABC, is that Horstmann is insecure when it comes to having to compete for Kufrin’s heart, with other men in the picture. Tartick gets the second date of the episode and Yrigoyen gets the last date. On Yrigoyen’s overnight date, his struggles are with opening up emotionally, given his past with love.

Kufrin ends up with two successful overnight dates, with Yrigoyen and Horstmann moving on to the finale. But, before the finale, next week airs the Men Tell-All Special. Tune in Monday nights at 8 p.m. ET/PT and 7 p.m. CT for more Bachelorette drama.