Every season of The Bachelor and The Bachelorette, viewers wonder whether or not the star had sex during their fantasy suite dates. For those unfamiliar, there are three contestants who usually get to go on overnight dates, away from the cameras, with the star of the season. On these dates, they can choose to be intimate and/or just get to know each other outside of the spotlight. Often, they are shown in bed together the next morning, and sometimes, the contestants or stars kiss and tell.

Becca Kufrin, star of The Bachelorette 2018, goes on overnight dates with Jason Tartick, Garrett Yrigoyen and Blake Horstmann. According to Reality Steve, Tartick does not end up getting the opportunity to enter the fantasy suite with Kufrin. This means that Kufrin does spend the night with at least two men. But, does she have sex with them?

Clearly, sex is an important factor in a relationship to Kufrin, based on her reaction to cast-off Colton Underwood’s virginity admission. When Underwood revealed to Kufrin that he had never had sex, she actually excused herself from the dinner table. In her blog with People, Kufrin explained her reaction, saying, “When he opened up and told me that he was still a virgin, I was surprised. I took a moment to myself to think. To me virginity is a meaningful thing, and I respect him for holding that so sacred. That being said, I am taking this process very seriously … It was something I needed a moment to think about, with hometowns and eventually fantasy suite right around the corner. I would never judge someone for being a virgin. In this journey, though, I have multiple relationships, and so I wanted to be certain that Colton and I had a future before continuing a physical and emotional relationship. I know how much weight that holds.”

On the hometown dates, Underwood’s virginity came up again, along with his past dating relationship with former Bachelor contestant Tia Booth. Ultimately, Kufrin sent Underwood home and there’s always a chance that his virginity may have had something to do with it. After getting eliminated on the show, Underwood defended his virginity, according to People. And, even though Underwood says he is a virgin, he said that he did have the fantasy suite date on his mind during the hometowns. He explained, “I had nothing to say because I was so caught off guard and I even had the conversation with Chris Harrison saying, ‘Hey, what’s going down in the Fantasy Suite because I can’t wait to have this conversation, this alone time, with Becca.’ I was already thinking next week.”

With that said, let’s get back to Kufrin’s fantasy suite dates. If we were to speculate, we would say there’s a good chance that she has sex with both of them. It’s happened in the past with several stars of The Bachelor and The Bachelorette, where they have sex with multiple contestants during the overnight dates. Some have even told multiple contestants that they love them. Remember when former Bachelorette star Andi Dorfman got outed by Nick Viall, who revealed that Dorfman had sex with both Josh Murray and himself in the fantasy suites?

At the end of this journey, Kufrin ends up engaged, so it’s conceivable she decided to test drive both Yrigoyen and Horstmann in bed. After all, a good physical connection is vital in a committed relationship, especially when marriage is involved. 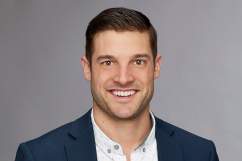