Chris Randone is a contestant on The Bachelorette 2018, vying for the heart of star Becca Kufrin. He got one of the first solo dates of the season and recently on the show, he’s been debating whether or not to stay in the competition. Well, before we get into his fate on the show, this is your MAJOR SPOILER WARNING. If you do NOT want to know anything about what happens to Randone on The Bachelorette or any other show spoilers, STOP READING NOW.

Now let’s get into the details on Randone. In a previous episode, Randone voiced that he was contemplating leaving the show because he wasn’t getting enough attention from Kufrin. On episode 6, this issue reaches a boiling point when the other contestants bring it up on the group date that involves a public debate. According to Reality Steve, “The other five, for the most part, stayed out of the drama, but these two did not like each other and went at it. It all started with the fact that during the guys’ opening statements, a lot of them referred to the fact that one guy there tried to leave during the group date after party in Vegas, and that guy was Chris. Chris tried to leave because he felt he wasn’t getting any 1-on-1 time with Becca.”

But, this isn’t the only problem Randone has to battle through on tonight’s episode. He gets into a confrontation with fellow contestant Lincoln Adim on the group date as well. Reality Steve stated that, “Chris said he would want a 2-on-1 against Lincoln because it would be an easy road for him. They both body shamed each other. Lincoln told Chris Becca would only be into him if she were lesbian because of Chris’ girly body. Called him a woman, said he needed a tampon, and also called him a fat fuck. I guess Chris used to be very overweight when he was younger. Lincoln then said Chris body shamed him too because he accused Lincoln of using steroids. Chris also mentioned that Lincoln and Jason were talking shit behind Becca’s back and that’s when Lincoln seemed to get defensive and attacked Chris.” There’s a good chance that not all of the confrontations make it to air.

If this weren’t enough, when Kufrin sits down with Randone at the group date after party, she asks him if he’s been verbally abusive to the other contestants, Connor Obrochta, in particular. Randone says he’s uncomfortable with the accusation and Kufrin said that she had to get down to the bottom of the claims. Apparently, according to both Obrochta and Randone, the claims are not true, and it was Adim who conjured them up.

Ultimately, Randone is eliminated on tonight’s episode and Reality Steve has reported he is sent home after the after party. But, the two men who he has problems with tonight are also eliminated tonight. Lincoln Adim and Connor Obrochta are the next to be sent home on the show.

According to Reality TV World, Bachelorette host Chris Harrison teased at the beginning of the season that Randone would stir up a bit of drama on the show. 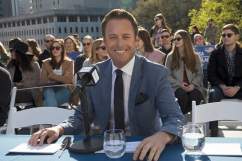 How to Watch ‘The Bachelorette’ 2018 Episode 6 Online