Hillsong Church is a pentecostal megachurch founded in New South Wales, Australia by Brian and Bobbie Houston in the early 1980s. Although the church is still primarily based in Australia, in recent years, Hillsong has gained a reputation for bringing in celebrities to its New York location, including the recently engaged couple, Justin Bieber and Hailey Baldwin.

Bieber and Baldwin are just two of Hillsong’s many famous attendees who come to hear charismatic preacher Carl Lentz on Sundays.

Here’s what you need to know about Hillsong Church:

1. Hillsong Church has Brought Numerous Celebrities Into Its Congregation

From Bieber to Baldwin to NBA superstar Kevin Durant, Hillsong Church, and in particular New York-based preacher Carl Lentz, has attracted some of the biggest celebrities in the world to its services.

In an interview with GQ, Lentz said he received a call from City Church pastor Judah Smith in 2010, who asked him to help a young man in need: Justin Bieber. Lentz helped Bieber find Christianity, and even baptized him in NBA star Tyson Chandler’s bathtub. The pair already knew each other at that point; Lentz met Bieber backstage at a concert in 2007, when Justin was 14.

Baldwin attends both City Church and Hillsong and explained the connection in an interview with the Cut. “Carl is Hillsong and they’re [Lentz and Smith] best friends, so everybody is kind of interconnected. That whole pastor circuit, they’re all friends. So I just kind of know all of them.”

Bieber and Baldwin aren’t alone in their admiration for Hillsong and Lentz. Kylie and Kendall Jenner have been to the church.

Lentz baptized Kevin Durant and can be seen in this Instagram post with both Durant and rapper/media mogul Jay-Z.

solid Monday.. Excited for @easymoneysniper and S. Carter and what lies ahead..We also called Santa Claus who texted the Easter Bunny who confirmed what we thought about the Illuminati. Those guys def know the truth. Waiting on a smurf to get back to me..#stopit #occupyallstreets #theROCKhasalwaysbeeninthebuilding #isaiah26:4

2. Hillsong Attracted a Large Congregation Due to Its Youth & Contemporary Focus

The church took a few years to catch on, but by the 1990s, it had more than 20,000 members. The church’s fast growth can likely be attributed to Hillsong’s marketing towards youth by featuring contemporary worship music.

Keeping with that trend, Hillsong started its own band in 1998 dubbed Hillsong United. The band has released five studio albums, all under the church’s Hillsong Music imprint. Each of the albums has reached No. 1 on Billboard’s U.S. Christian Albums chart.

Although United tops the charts, Hillsong has released more than 40 albums, selling more than 11 million copies in all, with other bands such as Hillsong Worship, Hillsong Young & Free, and Hillsong Kids.

Today, Hillsong says it has churches in “city centers” on five continents and 21 countries, with an average weekly attendance close to 130,000 worldwide.

Pastor Brian Houston Of Hillsong Church On How To Live A More Fulfilling Life | TODAYPastor Brian Houston of Hillsong Church opens up to Kathie Lee Gifford and Hoda Kotb about his new book, “There Is More,” and how to follow God’s guidance in you. “People need permission to dream,” he tells Gifford and Kotb. » Subscribe to TODAY: http://on.today.com/SubscribeToTODAY » Watch the latest from TODAY: http://bit.ly/LatestTODAY About: TODAY brings…2018-03-30T18:40:58.000Z

As Hillsong has grown, co-founder and current Global Senior Pastor of Hillsong has envisioned a far-reaching message.

“I see a church that is big enough to dream on a global scale, yet personal enough for every ONE to find their place. I see a church that beckons ‘WELCOME HOME’ to every man, woman and child that walks through the doors,” he said in his “The Church I Now See” statement.

He went on to say:

I see a church that is constantly innovative: A church that leads the communication of a timeless message through media, film, and technology. A church with a message beamed to people around the globe through their television screens, bringing JESUS into homes, palaces and prisons alike.

The mission statement mentioned the church’s “youthful” spirit and dedication to uniting people in “cities of influence,” hence why the church’s primary locations are located in major cities.

4. Hillsong Is Against Gay Marriage & Abortion

Hillsong and the gay issueRead more here http://www.abbi.org.au/2013/08/hillsong-homosexuality/ On Sunday 18 August 2013, Hillsong's Senior Pastor, Brian Houston, preached a message that was broadcast to all Hillsong congregations around the world in over 100 services. What was significant about this sermon was that during the message he publicly began a conversation about the Hillsong churches need to come to…2014-03-17T13:40:16.000Z

Ahead of Australia’s vote on legalizing gay marriage in 2017, Brian Houston put out a statement reaffirming his stance on gay marriage.

“I believe God’s word is clear that marriage is between a man and a woman. The writings of the apostle Paul in Scripture on the subject of homosexuality are also clear, as I have mentioned in previous public statements,” Houston wrote.

In a 2015 blog post, Houston wrote: “Hillsong Church welcomes ALL people but does not affirm all lifestyles. Put clearly, we do not affirm a gay lifestyle and because of this we do not knowingly have actively gay people in positions of leadership, either paid or unpaid.”

After Australia voted to legalize gay marriage, Houston released a follow-up statement in which he reiterated the church’s stance but also preached acceptance.

“Australia has overwhelmingly voted to legalise same sex marriage, and my hope is that once this becomes law, Australians will move forward in unity and love, viewing one another without labels,” he wrote.

On the issue of abortion, Carl Lentz caused a bit of a furor within the Christian community when he appeared on the View and didn’t answer the question directly. “Before I start picking and choosing what I think is sin in your life, I’d like to know your name.” He followed up his appearance with a statement on Twitter clarifying his and the church’s stance that “abortion is sinful.”

Lord – may I never lose sight of the privilege of sharing your Word with your people. pic.twitter.com/LW9kNgBqcp

In 2014, the Royal Commission into Institutional Responses to Child Sexual Abuse found that Hillsong founder Brian Houston didn’t report allegations of child sex abuse committed by his father, Frank Houston, pastor of the Sydney Christian Life Centre. In addition, the commission found that he had a conflict of interest in the case.

“Despite Pastor Brian Houston’s evidence that he had no doubt that his father’s conduct was criminal, he made no attempt to report his father to the police at the time the confession was made to him,” the report read.

Frank Houston, who died in 2004, admitted to abusing a boy in New Zealand 30 years prior in 2000. Brian was president of the National President of the Assemblies of God in Australia at the time, and therefore was in charge of handling the allegations. Following an investigation, the organization found eight more alleged victims. They decided not to publicize their findings, a decision Brian Houston backed in a letter to its churches.

Frank Houston retired later that year with a full benefits package. Houston admitted to the royal commission in 2014 that his father was guilty of child sexual abuse.

In 2015, Brian penned in op-ed for The Australian detailing his father’s crimes. “I believe with all my heart that I handled an impossible situation with transparency and honesty. In hindsight, would you do some things differently? Always. And yet I certainly did my best at the time with what I knew.” 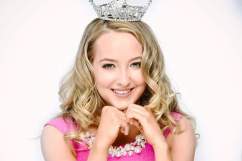