Drake is currently riding the commercial high of his double album Scorpion, which holds several of the top ten spots on the Billboard Hot 100. The biggest cultural impact from the album, however, has come from the “In My Feelings” Challenge, which was started by Instagram star @theshiggyshow and involves dance moves perfectly synced up to the Drake song of the same name.

On June 29, the widely followed comedian shared a video of himself dancing (or “doing the shiggy,” as he calls it) in the streets. When Drake sang, “Keke, do you love me?” he made a heart gesture with his hands, and he made a driving motion with his arms for the line: “Are you riding?” Check out the original video below.

Since then, the “In My Feelings’ Challenge, or the “Shiggy,” as some fans have called it, has exploded, and several celebrities and athletes have posted their own challenge videos to YouTube and Instagram. With the amount of videos growing daily, we’ve assembled a list of the most famous participants so far.

When you and Bae #DoTheShiggy On Top of Cape Town on ur #Honeymoon. @DangeRussWilson #InMyFeelingsChallenge

The pop songstress joined forces with her NFL husband Russell Wilson to do the “In My Feelings” Challenge in Cape Town, South Africa. The couple synchronize their dance moves perfectly, and Ciara gets a chance to show off the rhythm that allowed her to break out with hits like “1,2 Step” and “Goodies.” She captioned the video “When You and Bae #DoTheShiggy On Top of Cape Town on ur #Honeymoon.”

Beckham was one of the first celebrities to get in on the challenge by posting his “In My Feelings” video on July 4th. “This is how I’m Pullin up to the boo-bop-barbecues all day!” he wrote. “@theshiggyshow Everybody get crazy wit it and hashtag #DoTheShiggy legggoo.” Beckham showed off his athletic prowess by busting out his moves on the side of the road.

@kingbach and I figured our first dance video went pretty well, so we stepped it up a notch (dancing next to a moving car) and hit the #InMyFeelings challenge…how did we do? PS. I’d be lying if I said footage of us practicing to a YouTube tutorial of the dance in his bathroom didn’t exist… ???‍♀️? #theshiggychallenge

The Pretty Little Liars actress went the extra mile with her challenge video, showing off not only her dance moves but the Scorpion bomber jacket that Drake teased leading up to the album’s release. Mitchell and fellow actor King Bach jump out of a moving car to get their dance moves off, and the former admitted that it wasn’t as effortless as it looked in her Instagram caption. “PS I’d be lying if I said footage of us practicing to a YouTube tutorial of the dance in his bathroom didn’t exist,” she wrote.

The comedy superstar always seems to be at the forefront of viral challenges, and “In My Feelings” proved no different. Hart showed off his impressive moves during a club appearance, and Shiggy posted the footage on his Instagram. “Damn my main man,” he wrote. “Favorite Jokester @kevinhart4real Out Here Hitting It Man.”

During the production of their NBC hit This Is Us, actors Sterling K. Brown and Susan Kelechi Watson decided to take a break from the drama and get a little silly in front of the camera. The duo, who play husband and wife, hopped off a golf cart for their routine, proving that the chemistry they have is not limited to the small screen.

James Harden took the stage during a Meek Mill concert to show off his versatile moves. Mill, despite having beef with Drizzy a few years ago, appears to have moved on, and can be seen laughing at Harden’s moves in the concert video.

The Cast of ‘Queer Eye’

The cast of the Netflix original series Queer Folk showed off their dance moves, and included a sly nod to Drake’s lyrics. Actors Tan France, Jonathan Van Ness, Bobby Berk, Antoni Porowski, and Karamo Brown broke it down on Instagram, with Brown noting the coincidence between his initials and the mystery women that Drake is referring to. “Did @champagnepapi just say ‘KB do you love me,” he wrote. “The answer is yes homie I do!”

Last day in Budapest. I woke up #InMyFeelings I’ma Keep It ?… I was TERRIFIED up there. That’s why my dance moves is all STIFF! Haha #InMyFeelingsChallenge #DoTheShiggy . Be smart, don’t attempt doing this under any circumstances. . ?: @jas @aidan @aaronjonferguson

The most recent celebrity to try their hand at the “In My Feelings” Challenge is quite possibly the best. The beloved actor and former rapper filmed his video on top of a roof in Budapest, and the resounding love he’s gotten has, fittingly, been through the roof.

Smith’s son Jaden commented, “You killed this. I’m done dad. Ciara, a fellow participant, wrote “You are legend,” and Justin Timberlake crowned him the winner of the challenge, simply writing “FTW.”

To learn more about Drake’s “In My Feelings,” and who the woman is that he’s referring to in the lyrics, continue reading below. 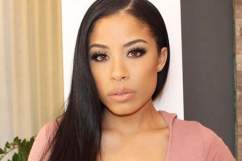