Plastic surgery and fillers are like brushing your teeth these days and a nose job is something that Southern Charm star Naomie Olindo said she’s wanted for years. When appearing on Watch What Happens Live, she told host Andy Cohen that she was very happy with the result. Her ex-boyfriend, Craig Conover, however, was not pleased. He, too, appeared on WWHL and told Cohen that when he found out about Olindo’s new nose, he cried. In addition to getting her nose done, Olindo appears to have gotten fillers in her lips as well.

In hearing that Conover cried after hearing of her surgery, Olindo told Cohen, “He for sure did not cry. I think that’s just a dig at me.” In an interview with Decider, Conover went on to say, “I think that her getting the nose job kind of closed it for both of us. It just seemed after a while that the person I used to be in love with wasn’t really there anymore. I put all my focus into basically selling and fixing up my house and I’m launching a pillow line and a lifestyle brand, Flawed Creation, and it’s about actually embracing your differences and uniqueness and that’s what gives you your proprietary value and what makes you great. It seems that Naomie’s happy and always wanted to do that so I wish her the best.” Olindo has moved on with a new man, so she’s probably most concerned with his opinion and, by the looks of her social media, he’s enjoying her new look.

In an interview with People, Olindo said that she has no intention of showing her love life on reality television. She said she learned the hard way with her ex Conover on Southern Charm. And so, she will be keeping her relationship more private.

Olindo defended her decision to go under the knife to The Lookbook, explaining that, “Getting my nose done was something I’ve wanted since I was eight years old. It’s still early in my recovery but I’ve never been happier. My surgeon, Dr. [A. Joshua] Zimm, did the most amazing job and my only regret is not having done it sooner! Plastic surgery shouldn’t be taboo.” She then stated that, “If there’s something about yourself that you don’t like and you have the opportunity to change it, why wouldn’t you? I did it for me and no one else and want to be as open as possible about it. I’m so happy with my decision and would do it 100 times over.”

Another “charmer” whose appearance has come into question recently is Ashley Jacobs. When she posted a recent photo on Instagram, wearing her nurse’s uniform, fans began commenting on social media that they thought she had her lips injected. They definitely do look bigger. Judge for yourself in the below Instagram photo.

Olindo debuts her new nose at the season 5 reunion for Southern Charm. Tune in to watch the drama-packed three-part reunion on Bravo, Thursday nights at 9 p.m. ET/PT. 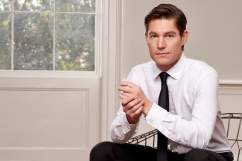 How to Watch the ‘Southern Charm’ Reunion Season 5 Episodes Online

Read More
Reality TV, Southern Charm, TV
Since Southern Charm ended, cast member Naomie Olindo has gotten some plastic surgery. Have a look at her nose job before and after, plus her lip injections.