The 2018 Kids’ Choice Sports Awards honor children’s favorite athletes and teams, as well as big sports moments from over the past year. This year’s event is pre-taped and airs tonight, on July 20, 2018, on the Nickelodeon network. The show airs from 8 – 9:30 p.m. ET/PT and is available to watch online as well. If you don’t have cable or can’t get to a TV, you can watch Nickelodeon via Philo TV, a cable-free, live-TV streaming service.

Not only is Philo the cheapest option among all the streaming services at just $16 per month, but you can sign up for a free trial without having to enter any billing information. You’ll get two days for free right off the bat, then if you enter your billing information after that, you will get five more days free. After signing up, you can watch the show live on your computer via the Philo website, or on your phone, tablet or streaming device via the Philo app.

Additionally, if you can’t watch live, Philo also allows you to DVR programs and watch them later. And even if you forget to DVR the show, it also comes with a 72-hour rewind feature, which allows you to replay any show or event that has aired in the last 72 hours. 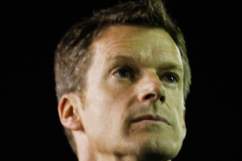 The KCS Awards were held this year, on July 19, 2018 at the Barker Hangar in Santa Monica, California. The show was originally slated to broadcast on July 21, 2018, but the airing was moved ahead by one day. The host was Chris Paul, who many know as a Houston Rockets’ point guard and a former NBA All-Star MVP. Prior to the big hosting gig, Paul revealed his excitement to host the awards, telling The Hollywood Reporter that, “I am honored that Nickelodeon asked me to host this year’s Kids’ Choice Sports Awards. I grew up on Nickelodeon and now love watching it with my kids, and I can’t wait to share this experience with them. I promise to bring the fun, the slime and the most epic stunts in Kids’ Choice Sports history.”

GettyHonoree Danica Patrick is ‘slimed’ while accepting the Legend Award onstage during the Nickelodeon Kids’ Choice Sports 2018 at Barker Hangar on July 19, 2018 in Santa Monica, California.

Danica Patrick attended the event to pick up the Legend Award, fresh off of her hosting the 2018 ESPY Awards this past week. In tow, was her boyfriend Aaron Rodgers, who she walked the red carpet with prior to getting slimed after she accepted the big honor. Instead of bright green slime, Patrick was loaded up with golden slime. Meanwhile, show host Paul received the normal, run-of-the-mill neon green sliming.

Some people who have accepted the Legend Award in the past include David Beckham, Kobe Bryant, Derek Jeter and Michael Phelps. When accepting her award at the Kids’ Choice Sports Awards, Patrick said in her speech, “It’s two things. One, figure out what it is that you love to do. What do you do for fun? What do you take pictures of? What would you do if you could do anything in the world? And then two is dream. Dream just how big you can make it. Don’t let it scare you. Make it huge. Go to Mars.” 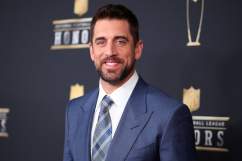