Wilmer Valderrama and Demi Lovato dated between 2010 and 2016. The celebrity couple were vocal in their support for one another, with Valderrama calling Lovato “the love of his life” at one point, but they split as a result of the singer’s battle with drugs and alcohol. “The only times we ever broke up were when I was relapsing,” Lovato told Cosmopolitan.

In the aftermath of Lovato’s recent overdose, several celebrities and friends have gone on social media to voice their support; including Ariana Grande, Ellen DeGeneres, and ex-boyfriend Joe Jonas. Valderrama, however, has yet to comment or release a statement regarding Lovato’s overdose.

Here’s what you need to know about Valderrama and Lovato’s relationship:

#TBT to that one time we had an hour to kill before our movie so we went to the furniture store and took a nap….. ???? missing you.

Valderrama and Lovato first met in 2010, when they were shooting a Voto Latino PSA to encourage Latino Millennials to vote. “I went to his house for a PSA shoot for Voto Latino in 2010,” Lovato told AndPop. “I was like, ‘Oh, my god. This guy is so attractive!’ We started talking.” The couple were routinely spotted around Los Angeles, where Valderrama lives, and US Weekly reports that they shared a romantic dinner on Valentine’s Day 2013.

“They ordered almost everything on the menu, but they didn’t touch it for at least an hour,” a source told US. “They stared into each other’s eyes the whole time.” The couple eventually went public with their relationship in 2014, posting a series of tweets and Instagram photos where they praised one another. “To the funniest, most inspiring, incredible man I know . . . @WValderrama,” Lovato wrote. “Thank you for helping me get through my darkest moments. You truly are a light to this world and to my life.”

Valderrama followed suit, posting a photo of him and Lovato on Instagram with the caption: “Love you through all.” The couple later appeared in the music video for Lovato’s single “Really Don’t Care,” where they can be seen cuddling together at the L.A. Gay Pride Parade. Check out the video above.

I wish I could put into words how grateful I am for this man right here. But my love has grown to a level that words could never possibly express how much this man completes me. He's loved me the way I never thought I deserved to be loved and with this day marking my 3rd year sober… After sharing my ups, putting up with my downs and supporting my recovery… he still never takes credit and I want the world to know how incredible his soul is. I really wouldn't be alive today without him. I love you Wilmer ❤️

Lovato has been forthright when it comes to her drug and alcohol addictions, and she claimed that being with Valderrama helped her keep them under control. In March 2015, she posted a photo of the actor on Instagram with a caption that read: “I wish I could put into words how grateful I am for this man right here. But my love has grown to a level that words could never possibly express how much this man completes me. He’s loved me the way I never thought I deserved to be loved and with this day marking my 3rd year sober.”

“After sharing my ups, putting up with my downs and supporting my recovery… he still never takes credit and I want the world to know how incredible his soul is,” Lovato continues. “I really wouldn’t be alive today without him. I love you Wilmer.” The singer elaborated on how Valderrama helped her maintain her sobriety in an interview with HuffPost Live. She said that she was “so proud” of their relationship, and that their happiness has been an inspiration to her.

“We’re in control of what we’re able to post online, and we’re very open about our relationship,” she said. “As I get more serious in my life, I’m more proud. I also wanted to give him a lot of credit that he never takes. He never takes credit for my sobriety, but I guarantee I wouldn’t be alive without him today.”

Valderrama and Lovato split at various points in 2012 and 2015, but they called things off for good in 2016. The ex-couple posted a joint statement on Valderrama’s Instagram that read:

After almost 6 loving and wonderful years together, we have decided to end our relationship. This was an incredibly difficult decision for both of us, but we have realized more than anything that we are better as best friends. We will always be supportive of one another. Thank you to everyone who has offered us kindness and support over the years.

Lovato’s mother, Diana De La Garza, discussed the effect that the split had on her daughter with PEOPLE magazine. “He was just so gracious and caring, and he still is to this day. I believe he loves her, and she loves him,” she said. “I think Demi came to a point where she wanted to make some decisions in her life, and when that happened, it just really broke us all. I mean we were just so upset.”

In Lovato’s 2017 documentary Simply Complicated, the singer confessed that she still has feelings for Valderrama. “I’ve never loved anybody like I loved Wilmer, and like, I still love Wilmer,” she said. “I think it was love at first sight, and I don’t really believe in that, but I believe that it happened. We connected on a level that I’ve never connected with anybody before. He was just my rock. My everything.”

4. The Couple Remain Friends & Have Been Seen Together Since the Split

Despite their split, Valderrama and Lovato have remained friends, and have been spotted getting lunch together. The most recent sighting with in January, when they went to a restaurant in the Tarzana neighborhood of Los Angeles. “Sometimes they kiss or hug. He usually orders for her,” an insider told US magazine. “They definitely look like they are boyfriend and girlfriend. They are always laughing and having a good time.”

Lovato admitted that despite their love for one another, they may be better as friends. “The sparks never faded, But there are issues that I haven’t conquered yet that I know I won’t conquer if I’m relying on somebody else to take care of the loneliness,” she said. “It had nothing to do with falling out of love; we decided together we just probably are better as friends.”

Valderrama has rarely spoken of Lovato since their split, save for an interview with Entertainment Tonight. When asked where he stands with the singer, he said: “Honestly, I only wish nothing but the most incredible things for her.”

Valderrama has yet to comment or release a statement regarding Lovato’s overdose. The only word that fans have gotten is via PEOPLE magazine, where a source close to the actor claims that he is “shocked” and “devastated” by the news.

He knew she was going through a tough time but he wasn’t prepared for this,” the source continued. “He saw her through so many ups and downs and was her rock through some of her darkest moments. To see her back in such a sad and vulnerable place is heartbreaking for him.”

“Valderrama has always cared deeply for her and they truly remained friends after they broke up,” the source added. “Demi always hoped they would end up back together in the future. He’s the love of her life and vice versa.” 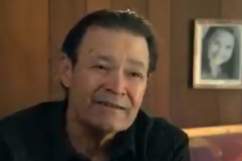