Blac Youngsta became a Twitter trend early Thursday morning, after he posted a series of racous and graphic party videos to Instagram. The videos show the Memphis rapper dancing in a bathrobe alongside several scantily clad women, while other women in the background dance on a Twister mat.

Elsewhere, Youngsta, born Samuel Benson, lip syncs to an unreleased song while grinding on a woman wearing red lingerie. The videos were originally posted to Youngsta’s Instagram Live, but several of his followers recorded the videos and reposted them on Twitter and Instagram. You can check them out below. Be warned that the videos contain graphic violence and some sexual content.

blac youngsta such a mood ? peep his la dance pic.twitter.com/yDznNKzWz1

This the mood the last few days of summer ? @blacyoungsta ?

Naturally, viewers on Twitter had plenty to say about the party. Many commented on the fact that Youngsta is “living his best life” and use memes to express their incredulousness at how wild things get in the videos. One user wrote: “If Blac Youngsta doesn’t have his own TV show then he’s missing out on A LOT of money.”

Another tweeted drew a parallel between the party and the fact that Youngsta announced the release of his upcoming mixtape, F*ck Everybody 2, just the day before. “Omfg blac youngsta really got all these strippers at his house promoting his new album,” they wrote. “Lmfao i love this man.”

Check out additional reactions and videos below.

Omfg blac youngsta really got all these strippers at his house promoting his new album. Lmfao i love this man pic.twitter.com/zKp5hCdlto

“Goes to see why Blac Youngsta is trending”

Everytime Blac Youngsta is trending I know there’s some foolishness going down on his ig pic.twitter.com/IyofjqQoU4

Blac Youngsta is my spirit Animal…this nigga got a whole bus load of strippers in his crib playing twister…bruh.

This isn’t the first time that Youngsta has gotten attention for his wild behavior. On June 24, the rapper went viral when he posted Instagram videos of a party that included dozens of women and a wrestling ring that was installed in his house.

In a 2017 interview with VIBE, Youngsta spoke on his positive life outlook and how he feels grateful for the success that he’s experienced in his career. “I’m on a positive vibe. I believe that when sh*t happens, it happens for a reason,” he said. “Because God ain’t going to put in you in no situation that you can’t handle. God never send you anywhere where he can’t get out from. I’m strong-minded. I’m positive. Can’t nothing break me. I’m one of the last dying breed.”

“When you from the streets and ain’t used to having nothing, the first thing you gon’ do when you get some money is spend it,” he added. “You not used to having sh*t. So, my thing was: f*ck the money. Show me how to get more money and keep it.”

Youngsta’s mixtape, F*ck Everybody 2, is set for release on August 31. The mixtape will include ten tracks, production from the likes of Tay Keith, Yung Tago and Rasta Rebelz, and a guest verse from Lil Pump. 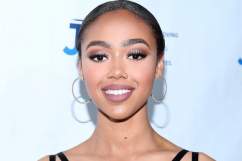