Tonight’s episode will be the final, part 4 of The Duels, with the top qualifying acts going head-to-head in elimination duels. Next week, the show will again air at 9 p.m. ET/PT and 8 p.m. CT. It will be the first round of The Cut. In the Xfinity synopsis of this episode, it states, “Guest mentor Julianne Hough works with her brother Derek to mentor the Upper division; guest mentor Savion Glover collaborates with Jennifer Lopez in mentoring the Junior Team division.”

For those who would like to watch the show online – If you don’t have cable or can’t get to a TV, you can watch NBC live on your computer, phone or streaming device by signing up for one of the following cable-free, live-TV streaming services:

In addition to their extensive Netflix-like streaming library, Hulu now also offers a bundle of live TV channels, including NBC (live in most markets). You can sign up for “Hulu with Live TV” right here, and you can then watch a live stream of NBC on your computer via the Hulu website, or on your phone, tablet or streaming device via the Hulu app. 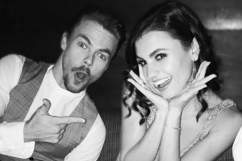 NBC (live in most markets) is included in the “Fubo Premier” channel package. You can sign up for a free 7-day trial, and you can then watch NBC live on your computer via the FuboTV website, or on your phone, tablet or streaming device via the FuboTV app.

NBC (live in select markets) is included in the “Sling Blue” channel package. You can sign up for a free 7-day trial, and you can then watch on your computer via the Sling website, or on your phone, tablet or streaming device via the Sling TV app.

Read More
Derek Hough, Julianne Hough, Reality TV, TV
Is World of Dance on TV tonight? When is the next new episode? What time does it air?