Season 15 of Keeping Up With the Kardashians is here, bringing a whole new batch of drama. Get to know a bit about what’s in store this season, what time KUWTK airs, how to watch the new episodes online and more details on the show below.

HOW TO WATCH KUWTK ONLINE: If you don’t have cable or can’t get to a TV, you can watch E! on your computer, phone or streaming device by signing up for one of the following cable-free, live-TV streaming services:

Hulu With Live TV: In addition to their extensive Netflix-like streaming library, Hulu now also offers a bundle of live TV channels, including E!. You can sign up for “Hulu with Live TV” right here, and you can then watch a live stream of E! on your computer via the Hulu website, or on your phone, tablet or streaming device via the Hulu app.

FuboTV: E! is included in the “Fubo Premier” channel package. You can sign up for a free 7-day trial, and you can then watch E! on your computer via the FuboTV website, or on your phone, tablet or streaming device via the FuboTV app. 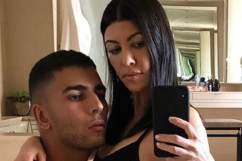 KUWTK SEASON 15 EPISODE 1 SYNOPSIS: The title of episode 1 is “Photo Shoot Dispute”. The plot description reads, “A fight about the family Christmas card escalate into a major feud; Scott feels guilty for moving on to a new relationship.”

KUWTK SEASON 15 EPISODE 2 SYNOPSIS: The episode 2 title is “The Art of the Prank”. As for the episode description, it states, “Kim and Khloe try to get to the root of Kourtney’s bad attitude; Khloe and Scott formulate a plan to prove Kris isn’t the art expert she claims to be.”

KUWTK SEASON 15 EPISODE 3 SYNOPSIS: “Drop Dead Gorgeous” is the title of episode 3. When it comes to the plot description of this episode, it states, “Kris worries that pregnant Khloe is taking her healthy lifestyle too far. Kim takes her morbid fascination to the next level.”

KUWTK SEASON 15 EPISODE 4 SYNOPSIS: Episode 4 of the season is called “The Nightmare Before Christmas”. The episode synopsis reads, “After an intense few weeks of fighting with her sisters, Kourtney considers spending the holidays away from her family. Meanwhile, Khloé hides from the critical public eye until her pregnancy announcement, and Kris fears she’s being poisoned.” 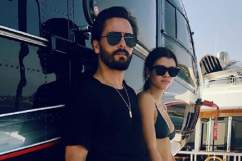