It’s National Black Cat Appreciation Day! These beautiful felines sometimes get a bad rep because of western superstitions. But they have actually been revered as symbols of good luck and fortune throughout history.

1. Black Cats Are Adopted Just as Often as Other Cats at Animal Shelters

In the United States, there is a myth that black cats have a lower adoption rate than other cats. But the American Society for the Prevention of Cruelty to Animals performed a studyin 2013 that dispelled this rumor. The data set included about 300,000 dogs and cats at animal shelters nationwide.

It turns out, there is just as much love for black cats as there is for other pets. But black cats are more populous than other types, which can lead to the data being misinterpreted.

The results showed that black cats made up a larger percentage of the population at animal shelters in 2013:

When it came to adoptions, these numbers followed a similar trend as the data above. 31 percent of total cats adopted in 2013 were black.

The ASPCA also analyzed data from September 2015-August 2016. They looked at data from 65 agencies that took in more than 186,500 cats. They found that black cats have a higher rate of euthanasia than other breeds. But again, this is chalked up to the simple facts that black cats make up a larger portion of the total pool. 30 percent of all cats euthanized at shelters during this time period were black cats.

2. Black Cats Have Been Viewed as Symbols of Good Fortune and Luck, Beginning in Eastern Cultures

The ancient Egyptians are believed to be the first culture to idolize and revere cats of all colors. The cat goddess Bastet was worshipped as a protector of the home. The Egyptians are also credited with being the first to domesticate and breed cats. The animal’s ability to kill snakes, mice and scorpions made them popular pets to keep around the home.

In Japan, it was considered good luck to see a black cat cross your path. They’re also thought to be guards against evil energy. And in some stories, owning a black cat could improve a woman’s odds of getting married by increasing the number of suitors.

Further west, British and Irish sailors are thought to have started the tradition that black cats are lucky creatures to have on board the ship. Sailors are known throughout history for being superstitious. Black cats were believed to be good omens that could help guarantee the sailors would make it through rough storms at sea and return safely home.

3. Evil Superstitions and Myths About Black Cats Gained Popularity During the Middle Ages

There’s a reason why black cats are popular as Halloween costumes year after year. It stems from a myth that began in the Middle Ages that black cats were associated with witchcraft. People accused of being witches were thought to be able to shape-shift into a cat and freely roam around. It was also believed that the devil took the form of a black cat in earth.

This superstition about black cats may have actually helped spread the deadly Black Plague during the 1300s. Since black cats were associated with the devil, many historians say that thousands of them were killed during the plague. But the plague was being spread by fleas that were carried by rats. With fewer cats to hunt the rats, the deadly bacteria was able to spread much faster across Europe.

Cats had a shifting reputation in Celtic culture. In mythology, cats were regarded as family guardians.But during the Middle Ages, cats became associated with witchcraft and thought to be witch’s “familiars.” The idea was that cats were actually humans, who had been reincarnated in order to atone for pasts sins.

4. There Are Actually Several Different Breeds of Black Cats

A black cat is not its own breed. There are several different types of cats that can have black fur. Some of these breeds include:

Did you know: a black cat may also be a healthier pet for far longer than other types. It turns out black fur can be a sign of a strong immune system. The melanin pigment may actually increase resistance to infections. This pigment also causes black cats to have golden eyes.

Felix The Cat – Feline Follies (1919) First Felix FilmMaster Tom is lured away from his job of protecting the house from mice by the charms of "Miss Kitty". While he's gone, the mice trash the house. This film was released in 1919, just after World War I directed by Otto Messmer.2012-03-07T17:24:08.000Z
Black cats may have had a bad reputation centuries ago, but they are beloved in more recent popular culture.

Felix the Cat: He may be one of the biggest stars in the era of silent films! Felix made his debut in the 1919 film Feline Follies. The popularity of the animated cat inspired illustrators to incorporate Felix into newspaper cartoons.

Isis from Star Trek: Isis is a star of the original Star Trek. She spent her time alongside Gary Seven. She was a shapeshifter who chose to take the form of a black cat.
The Legend Of Thackery Binx[Winnie]Twist the bones And bend the back. [Sarah & Mary] Itch-it-a-cop-it-a, Mel-a-ka-mys-ti-ca. [Winnie] Trim him of his baby fat. [Sarah & Mary] Itch-it-a-cop-it-a, Mel-a-ka-mys-ti-ca. [Winnie] Give him fur black as black. Just.. [Mary]Like.. [Sarah]This! {Groaning/Meowing}2011-10-16T23:59:49.000Z
Thackery Binx: Binx was the lovable talking cat in 1993’s Hocus Pocus. He was a teenage boy who was transformed into a cat by the Sanderson sisters in 1693, after he watched them drain the life from his younger sister.

Salem: Salem was the American Shorthair cat featured in Sabrina the Teenage Witch. He was a 500-year-old witch sentenced to live for 100 years as a cat in order to atone for a plan to take over the world. Salem first appeared in the Archie Comics comic series in the 1960s. He reappeared in the late 90s in the sitcom starring Melissa Joan Hart. Netflix was reportedly working on a reboot. 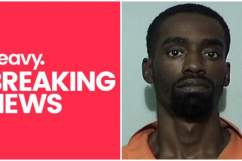 Read More
5 Fast Facts, Cats, Holidays, Social
It's National Black Cat Appreciation Day. Throughout history, black cats have been worshipped in some cultures but feared in others for associations with witchcraft.