National Red Wine Day is Tuesday, August 28th– not that Americans need an extra incentive to uncork a bottle and unwind at the end of a long day. The Wine Institute estimates Americans drink nearly a billion gallons of wine per year. That’s just shy of three gallons per person. And red wine continues to be the favorite among the masses.

1. Ancient Lushes: The World’s First Winery Was Discovered in a Cave in Armenia That Dates Back More Than 6,000 Years

Areni-1 Cave Complex, Armenia22 September 2017 – A visit to the Areni-1 cave complex where (possibly) the oldest winery in the world was discovered, dating back over 7,000 years. Areni is in southern Armenia near the borders with Turkey and Iran.2017-09-24T06:49:02.000Z
It’s a well-known fact that civilizations have been drinking and trading wine for thousands of years. Scientists say grapes were one of the first fruit crops that humans successfully domesticated. In ancient Rome and Greece, wine was often mixed with water to add flavor. References to wine have also been discovered in tombs of the ancient Egyptians, dating back 4,500 years ago.

But archaeologists say wine-making is even older than that. In 2010, historians found a wine press and fermentation jars in a cave in the mountains of Armenia, which is located just east of modern-day Turkey. The items found inside were estimated to be about 6,000 years old.

Excavation co-director Gregory Areshian said they found a shallow basin positioned over a drain. He said wine-makers likely used the basin to crush grapes with their feet. The juice would have drained down the vat and been left there to ferment.

Archaeologists tested shards of pottery to determine whether their hypothesis, that the vat and the jars had once held wine, was correct. Their theory proved accurate: chemical tests revealed malvidin, which is the plant pigment that gives the wine its red color.

2. Wine Was Slow to Catch on in America Until the Gold Rush Inspired a New Breed of Wine-Growers in Northern California

The Spanish conquistadors are credited (or blamed?) for bringing wine to the Americas. Red wine was an important part of the Catholic mass, and the Spanish were intent on spreading Catholicism among the indigenous peoples in their colonies. In the early 1500s, vinifera grapes were planted in Mexico. Fernando Cortez, best known for conquering the Aztec empire and later named as Governor of New Spain, ordered land owners in the new colony to plant grapevines. The Spanish are also credited with introducing wine-making to southern California, more than 200 years later.

Further up the east coast, early wine connoisseurs struggled to produce wine in the United States. Wine in Europe and Asia was made from the grape species known as Vitis vinifera, referenced above. This particular grape was accustomed to the dry summers and wet winters of the Mediterranean. It did not grow well in the more humid environments common on the eastern part of the United States.

But wine-makers caught a lucky break. They did succeed in spreading vinifera pollen, which mixed with other plants to create hybrids. These hybrids tasted similar to the original. But wine-makers continued to produce small quantities of the drink. According to PBS, about 97 percent of the wine Americans drank in 1840 was imported. Less than 3 percent was produced in the United States.

The Gold Rush changed that. As mentioned above, wine-making was present in Southern California but it exploded in the north. Settlers quickly realized that the northern California climate was ideal for growing real vitis vinifera grapes, not the hybrid version found on the east coast. By the early 1900s, 90 percent of the wine consumed in the United States was made in California.

3. Mayo Clinic: A Glass of Red Wine With Dinner May Be Healthy for Your Heart

Scientists love to debate whether moderate amounts of alcohol has health benefits. One of the most common arguments is whether a glass of red wine with dinner can improve heart health. At the Mayo Clinic in Cleveland, doctors say that antioxidants in red wine may help prevent coronary artery disease. The results of a separate 2015 study also found that moderate amounts of red wine with dinner increased participants’ levels of healthy cholesterol over several months.

Researchers are at odds about whether the chemical resveratrol, found in red wine, is the key. Some research suggests that the chemical can prevent damage to blood vessels, reduce unhealthy cholesterol in the body and lower the risk of blood clotting. But the Mayo Clinic also acknowledged that other studies have shown no link between resveratrol and heart disease prevention, and that more research needs to be conducted.

Doctor Kenneth Mukamal, an internist at Harvard-affiliated Beth Israel Deaconess Medical Center, argues that any evidence suggesting red wine may prevent heart disease is merely observational. In an article by Harvard Health Publishing, he explained that “it’s difficult to tease out the effect of drinking patterns from specific types of alcoholic beverages.” His argument is that people who tend to drink only one or two glasses per day likely lead fairly healthy lifestyles. Other habits, such as regular exercise and eating healthy, may have more to do with their heart health than simply drinking red wine in moderation.

Americans drink more wine than any other country on earth. And red wine has consistently proven to be more popular than white, according to surveys. Online wine retailer Corkguru did a survey in 2014 that revealed nearly 58 percent of Americans prefer red. A 2013 study by researchers at the California Polytechnic State University found that more than 60 percent of respondents favored red. The wine retailer Naked Wines also found in 2014 that customers purchased red wine nearly 60 percent of the time.

Wines & Vines took a look at which wine brands were selling the highest quantities in early 2018. The results showed that Barefoot wine was the most popular brand in America, resulting in $667 million in sales over a one-year period. The top 5 included:

As for pairing red wine with food, Food & Wine magazine has a list of suggestions. Some of those include:

Another great pairing is Merlot with pasta dishes.

5. Millennials Have a Lot to Do With Increased Wine Consumption in the United States

A glass of red wine being at Mohegan Sun’s Cigars & Spirits presented by Cigar Aficionado at St. Cloud at the Knickerbocker Hotel on October 14, 2016 in New York City.

According to the Wine Market Council, millennials drank more than 159 million cases of wine in 2015. That accounts to about 42 percent of all the wine consumed in the United States that year. Among people who identify as “high-frequency” wine drinkers, meaning they drink wine several times per week, two-thirds were women.

Millennials have also been blamed for declining beer sales in the United States. This group tends to drink less than older generations. Forbes also points out that health-conscious consumers are more likely to prefer wine or liquor over beer, because of the lower calorie count. 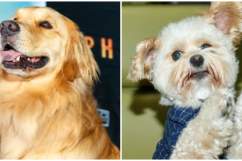