Season 7 of Shahs of Sunset is here and the full cast is returning, but a couple of them have been demoted to “guests” on the show. Asa Soltan Rahmati had a lot of drama last season, mainly because she chose to keep her pregnancy journey private from some of her fellow Shahs. Rahmati also keeps her relationship with her son’s father off the show. With so much being kept in the dark, the other cast members voiced that they felt hurt and struggled to understand. According to Page Six, between motherhood, marriage and her fashion line, Rahmati needed more time to herself, to balance her new life changes, so she stepped back from the show.

In a lengthy Twitter post, Rahmati confirmed, “You will only see me pop in briefly this season of Shahs. I’ll really miss sharing life with you this season. And I will miss the usual shenanigans with my crew. By the way as any new parent knows … I am dealing with a brand new set of shenanigans in this new Mami life.”

After Rahmati’s keeping her in vitro fertilization a secret, cast members Mike Shouhed and MJ Javid admitted to longer having a relationship with Rahmati. On an episode of Watch What Happens Live, Shouhed stated, “She is the biggest perpetrator I’ve ever met. If my best friend is going through … infertility, and you’re not going to help me through this journey that I’m going through and pretend that your life is perfect, making me feel worse — being MJ — that’s not cool and I can’t forgive that. MJ is the sweetest person, she doesn’t have much of a family, so she looks at us, her friends, as family members and if you’re going to lie to her and keep it a secret, you don’t deserve any love from me, that’s not cool.” Perhaps all of her rifts with the other cast members on the show played a part in Rahmati’s choice to take a backseat this season.

As for Shervin Roohparvar, he has only been a member of the cast for a couple of seasons, but he is not a main cast member this season. He is a “guest”. It appears that his place has been taken by newbie Nema Vand, who ends up in some kind of a love triangle with Golnesa “GG” Gharachedaghi and his girlfriend. Vand’s sister, Mona, also ends up as a crush for Mike Shouhed at the start of the new season.

In the past, Roohparvar got a lot of heat for his questionable long-distance relationship with then-girlfriend Annalise Carbone. Roohparvar allegedly cheated on Carbone and when she appeared via Skype on the season 6 reunion, several cast members felt that the exchange was a bit staged and scripted by Roohparvar. But, Roohparvar denied this. He had also said that he and Carbone had a “nonexclusive” relationship, according to The Daily Dish.

This season on the show, Reza Farahan and his husband, Adam, continue to navigate through marriage, home life, and the possibilities of children in the future. MJ Javid and her fiance Tommy Feight become husband and wife, as Javid struggles with her ailing father, who has since, passed away. Gharachedaghi, meanwhile, is pushing past her failed marriage. And, Destiney Rose, who was new to the show, has come back as a full time cast member as well, and she goes on a journey this season, to reach out to her absentee father. 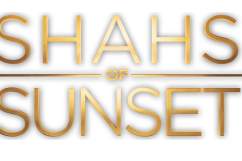 How to Watch ‘Shahs of Sunset’ Season 7 Premiere Online