ABC’s newest hit reality TV series, The Proposal, has got people talking. In the show, which airs on Mondays following The Bachelor on ABC, one eligible bachelor, who remains a mystery to the audience and contestants, meets 10 different eligible bachelors or bachelorettes. Over the course of one hour, he or she gets to learn more about them. Then, at the end of the hour, the mystery person gets down on one knee and proposes to the person of their choice.

There have been a handful of proposals so far on the show, but considering how little the couple knows each other before getting engaged, people can’t help but wonder who’s still together. Have any couples survived? Who is still engaged, and who has broken up?

Mike and Monica were the first to get engaged on The Proposal, and based on their social media accounts, they’re still together.

In an Instagram post from early August, Mike wished Monica a happy birthday, writing, “Happy birthday to this beautiful girl! It’s crazy to think we met on a tv show @theproposaltv and got engaged! You are an amazing person and I still can’t believe how fate has brought us together! Im sorry I couldn’t be there to celebrate your actual birthday with you. Hope everyone can wish @_mon_bon_ a Happy Birthday for me!!”

The last time Ashlee and Jordan posted a picture together was July 2. Then, on July 5, Jordan took to Instagram with an announcement saying that he and Ashlee had broken up.

“It was a fun experience and I got to meet an amazing, beautiful woman I probably would be too nervous to approach in public, but we are no longer together. I wish Ashlee the best in everything and we plan to remain friends.”

Sophia and Stephen may not have made it work, but they had a great time meeting on #TheProposal! pic.twitter.com/jzOJG1gWvS

So happy that Sophia and Stephen are still friends. We loved having you on #TheProposal! pic.twitter.com/GjROz2Wqqj

Sophia and Stephen are not together.

In a Twitter video, Sophia explains the logistics of the breakup. “After the show was filmed, Stephen and I flew back to New Orleans and we really got to know each other. I got to meet his incredible parents, he got to meet my parents. We had the best time… Unfortunately, since I was graduating and moving back to New York, we just realized we were just better as friends. We are no longer together. We are not engaged and we are just friends right now.”

It's all going so fast for me.. I'm having tons of fun and I'm glad I took that leap of faith and signed up for #theproposal

Still Together as of July 12

LisaRaye McCoy was one of the first recognizable faces on the show. The actress is best known for playing Diana “Diamond” Armstrong in the 1988 film The Players Club.

According to a July 12 post by Anthony, the two are still together. In fact, on July 10, they held a watch party where he proposed to McCoy again. In the post, Anthony wrote, “Having a watch party with my Fiancé LisaRaye… Thank you The Proposal for this amazing experience! It’s been an unbelievable journey and I’m looking forward to this new adventure.”

Still Together as of July 17

As of July 17, Nicole and Buck were still together. The Proposal posted a picture of the two sharing a meal in a rustic location on Twitter.

Interstingly, however, Parker hasn’t posted anything about Nicole on his Twitter or Instagram. It’s possible that the two want to keep their relationship out of the public eye but fans are beginning to wonder if they’re hiding a possible breakup.

We are happy to share that Latoya and Tyler did end up taking that trip to Cape Cod! They are enjoying getting to know each other. ? #TheProposal pic.twitter.com/8cmtnESqU1

Still Together as of July 24

This couple has made it far. As of July 24, they were still together and getting to know each other.

After #TheProposal, Winston and Abby took a lovely trip to Vegas together. They’ve enjoyed each other’s company and had a great experience, but parted ways amicably. Best wishes to you both. ❤️ pic.twitter.com/PpJpB36XzR

Winston and Abby are no longer together. In an Instagram post from Early August, Abby wrote, “The engagement may be off but I will cherish this experience forever! I am beyond grateful for such a unique opportunity to learn about myself as both a person and as a partner. Warm wishes to the other couples for continued success, happiness, and health! Lots of love to the other ladies from my episode who showed me nothing but kindness and encouragement since our introductory moments. I could not have asked for a sweeter, more genuine or radiant group.” 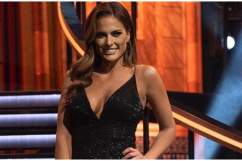 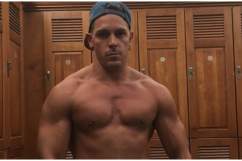 ‘The Proposal’: Who Is Mystery Man Winston Showman?

Read More
ABC, Reality TV
Which couples from ABC's 'The Proposal' are still together? Who's still dating and who has split up? Get the details here.