Tiffany Haddish kicked off the 2018 VMAs with an unexpected diss. While her and Kevin Hart were presenting the award for Best Hip Hop, the Girls Trip comedian commended Camilla Cabello for being nominated in five different categories. She then turned to the camera and said: “So for those of you watching at home….HAAY FIFTH HARMONY!”

Cabello was formerly a member of Fifth Harmony before she opted to become a solo artist last year. While her former group mates Lauren Juregi and Normani Kordei have also released solo material, Cabello has seen the most commercial success. After Haddish and Hart presented the award to Nicki Minaj, the rapper clapped back at Haddish’s comment by saying: “Tiff, don’t be coming for Fifth Harmony because Normani is that b*tch.”

Haddish’s comments caught fire on Twitter, where several users were shocked by the casual shade. “Damn. I feel bad for what’s about to happen to @TiffanyHaddish’s socials after that @FifthHarmony diss,” wrote one user. “Didn’t have to go there to put @Camila_Cabello over.” Another user tweeted: “Tiffany Haddish ain’t cute for that Fifth Harmony joke. Normani is gonna crack top 10 next week. If you gonna make a joke at least know what you’re talking about.”

@TiffanyHaddish that was extremely insensitive of you to call out fifth harmony like that.

Yassss @NICKIMINAJ telling @TiffanyHaddish how it is. Yes bish dont be shading fifth harmony and yes normani is our girl. How much did they pay Tiffany to shade the girls ???? @MTV @vmas i hate y'all worse award show #Vmas

tiffany haddish: camila cabello is nominated for five vma's tonight. to all the people watching at home, heyyy fifth harmony

Other users took the diss less seriously, and were merely amused by Haddish’s remarks. E! News adds that Haddish did manage to poke fun at Cabello as well, as she was unable to pronounce her name. “Camila Cabellelo… Cabello… Camille Cabello,” she said. “You know I can’t read that good. I only speak English, and that’s mostly in Ebonics. She’s nominated for five VMAs tonight. I’m super proud of her!”

After the surprising dig at Fifth Harmony, the camera cut to Cabello, who just shook her head and smiled. Hart, who co-stars alongside Haddish in the upcoming comedy Night Class, tried to soften the exchange, saying: “Tiffany went there. See, you never know what’s gonna happen at the VMAs. Beefs pop off, bad language, people run to the bathroom and send outcrazy tweets. It’s basically like any day in the White House.”

Tiffany Haddish really said @Camila_Cabello is nominated for 5 awards on the #VMAs and then said “for those of you watching at home Hi fifth Harmony” while the camera showed Camila. Holy shit I’m dead ?? I love my girls but that was funny haha @TiffanyHaddish

Me when Tiffany haddish shade Fifth Harmony…
Then Nicki coming with that clap back… pic.twitter.com/sLQSBi88Il

Tiffany haddish: hello fifth harmony
Everyone all over the world: pic.twitter.com/amBDH0vWfx 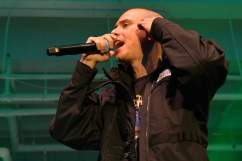