Season 15 of Keeping Up With the Kardashians continues and makes its way into episode 4 tonight, at 9 p.m. ET/PT and 8 p.m. CT. For those who would like to watch the show, but you don’t have cable or can’t get to a TV, you can watch E! on your computer, phone or streaming device by signing up for one of the following cable-free, live-TV streaming services:

Hulu With Live TV: In addition to their extensive Netflix-like streaming library, Hulu now also offers a bundle of live TV channels, including E!. You can sign up for “Hulu with Live TV” right here, and you can then watch a live stream of the E! network on your computer via the Hulu website, or on your phone, tablet or streaming device via the Hulu app. If you can’t watch KUWTK live as it airs, “Hulu with Live TV” also comes with both its extensive on-demand library (which has many shows available after they air) and 50 hours of Cloud DVR storage (with the ability to upgrade to “Enhanced Cloud DVR,” which gives you 200 hours of DVR space and the ability to fast forward through commercials). 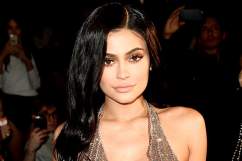 FuboTV: E! is included in the “Fubo Premier” channel package. You can sign up for a free 7-day trial, and you can then watch the E! network on your computer via the FuboTV website, or on your phone, tablet or streaming device via the FuboTV app. If you can’t watch KUWTK live, FuboTV comes with 30 hours of Cloud DVR (with the ability to upgrade to 500 hours), as well as a “72-Hour Lookback” feature, which allows you to watch most events or shows up to three days after they air even if you forgot to record them.

Tonight’s episode of KUWTK is titled “The Nightmare Before Christmas”, and the plot synopsis of the episode reads, “After an intense few weeks of fighting with her sisters, Kourtney considers spending the holidays away from her family. Meanwhile, Khloe hides from the critical public eye until her pregnancy announcement, and Kris fears she’s being poisoned.” On the show, Kourtney had been fighting with her sisters for weeks, so it’s no wonder she feels like celebrating the holidays away from them. Plus, when it comes to mom Kris’ poisoning paranoia, Kim blames sister Kourtney, telling Kris that she has been poisoning her. Kim says that Kourtney had been adding “these all organic drops” to their food.

Many of the sisters are at odds. According to This Is Insider, Khloe says that she has a hard time even being around Kourtney. when talking to sister Kendall, Kim joked that, “The fact that you even hang out with Kourtney, you’re such a fucking freak … I’m just kidding.”

Episode 4 of the show is the first episode of the season, where fans get to see Kylie Jenner. She did not appear on the other episodes of the show thus far.

When it comes to next week’s episode, it is titled “The Family Feud”. The plot synopsis of the episode reads, “Kourtney is devastated when Scott introduces the kids to his girlfriend; the family is determined to redeem themselves on Celebrity Family Feud.”